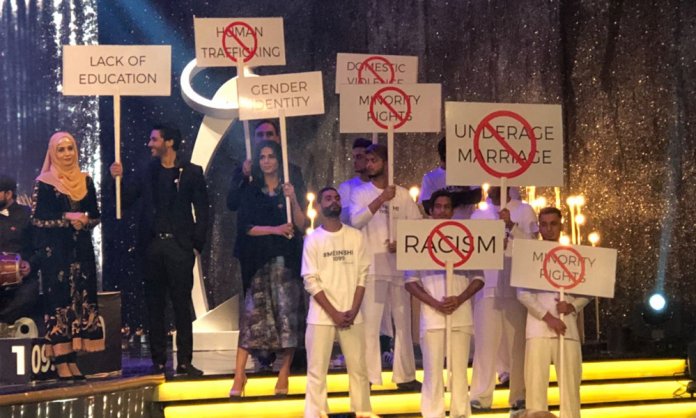 This year the Lux Style Awards were not just a night to celebrate the big wigs of Lollywood but the company behind the awards, Unilever has decided to highlight some important issues that have been affecting the Pakistani society for decades.

Frieha Altaf is a name associated with the Lux Style Awards, however this year she showed the audience the bigger picture by kicking off the #meinbhi movement on the show. Inspired by the #MeToo campaign in Hollywood, the #MeinBhi movement will cover not only sexual harassment issues but also, child abuse, rape and other atrocities that prevail in our society.

While accepting the Fashion Lifetime Achievement Award, Frieha Spoke about the ‘Mein bhi’ movement in her speech, honoring Mukhtar Mai and Maheen Khan.

@friehaaltaf gets the lifetime achievement award at the #luxstyleawards #lsa! She spoke about taking up the #meinbhi🌺 cause for the betterment of the society! Stay tuned to #brandsynario for more updates!

This beautiful performance by Ahsan Khan and Amna Ilyas was dedicated to the future of the nation, the children of Pakistan.

The segment was organized and choreographed by Frieha Altaf.

Segment dedicated to the children of #pakistan at the #lsa2018 #luxstyleawards #lsa #choreography by #friehaaltaf @friehaaltaf performed by @khanahsanofficial & @aamnailyas! Stay tuned to #brandsynario for more updates!

Another grand extravaganza was planned for the closing of the show that included 76 musicians coming together and performing on Shehzad Roy’s, ‘Uth bandh kamar kya darta hai phir dekh khuda kya karta hai.’

The segment was performed in order to extend the ‘Main Bhi’ movement support. Some of the singers and musicians included, Shehzad Roy, Mohsin Abbas Haider, Zoe and Rachel Viccaji, Aima Big, Amanat Ali, Abu Fareed Qawwal and Farhan Saeed amongst others.

#meinbhi🌺 movement is trending with all these innocent souls standing up for their rights! Brilliant iniative taken by @friehaaltaf and all the others who’ve joined hands with her! Stay tuned to #brandsynario for more updates!

Celebrities and others from the entertainment and fashion industry showed their support for the #meinbhi movement by holding placards highlighting the issues to be covered by the movement at the closing performance of the event alongside the 76 musicians. 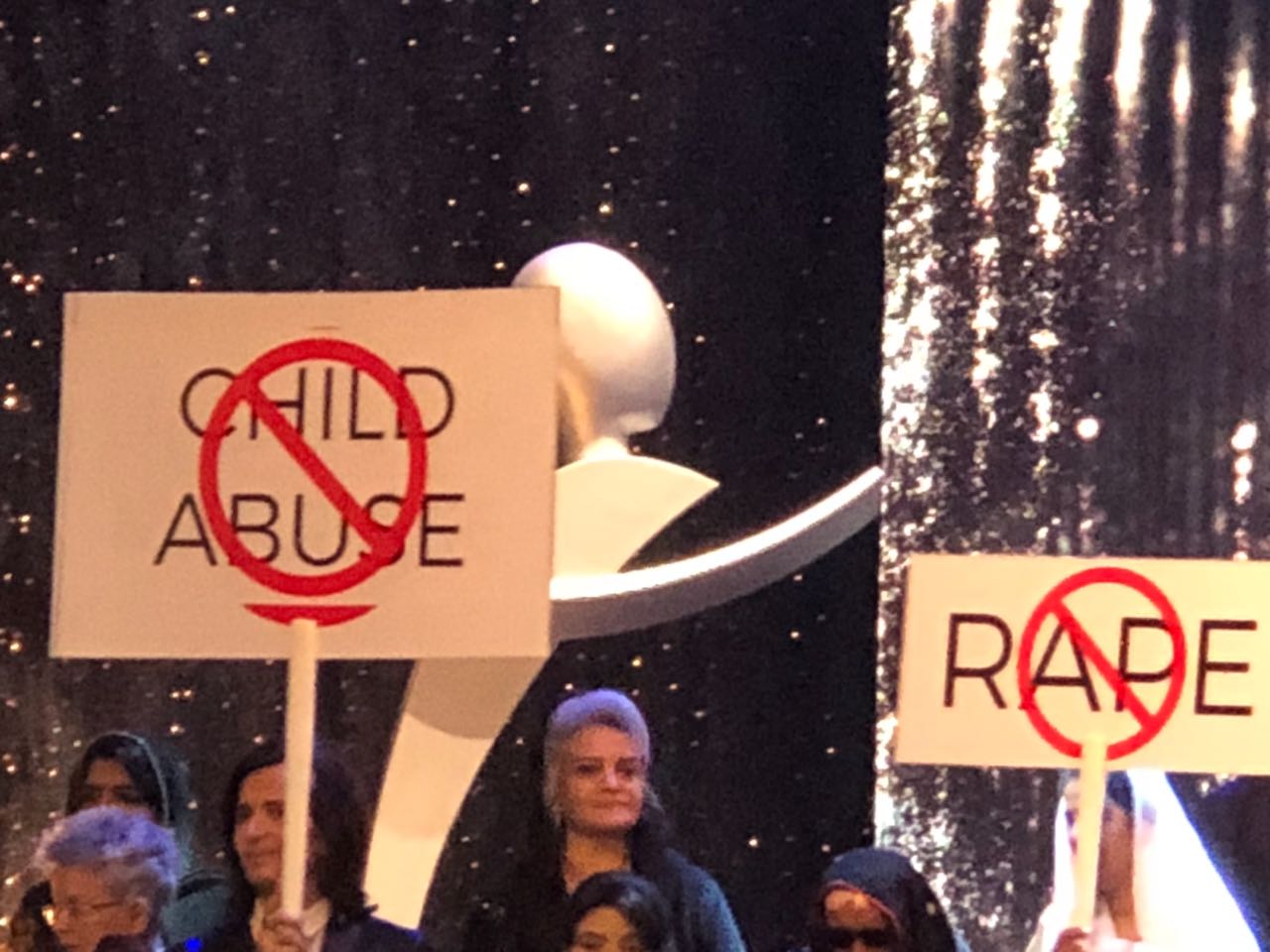 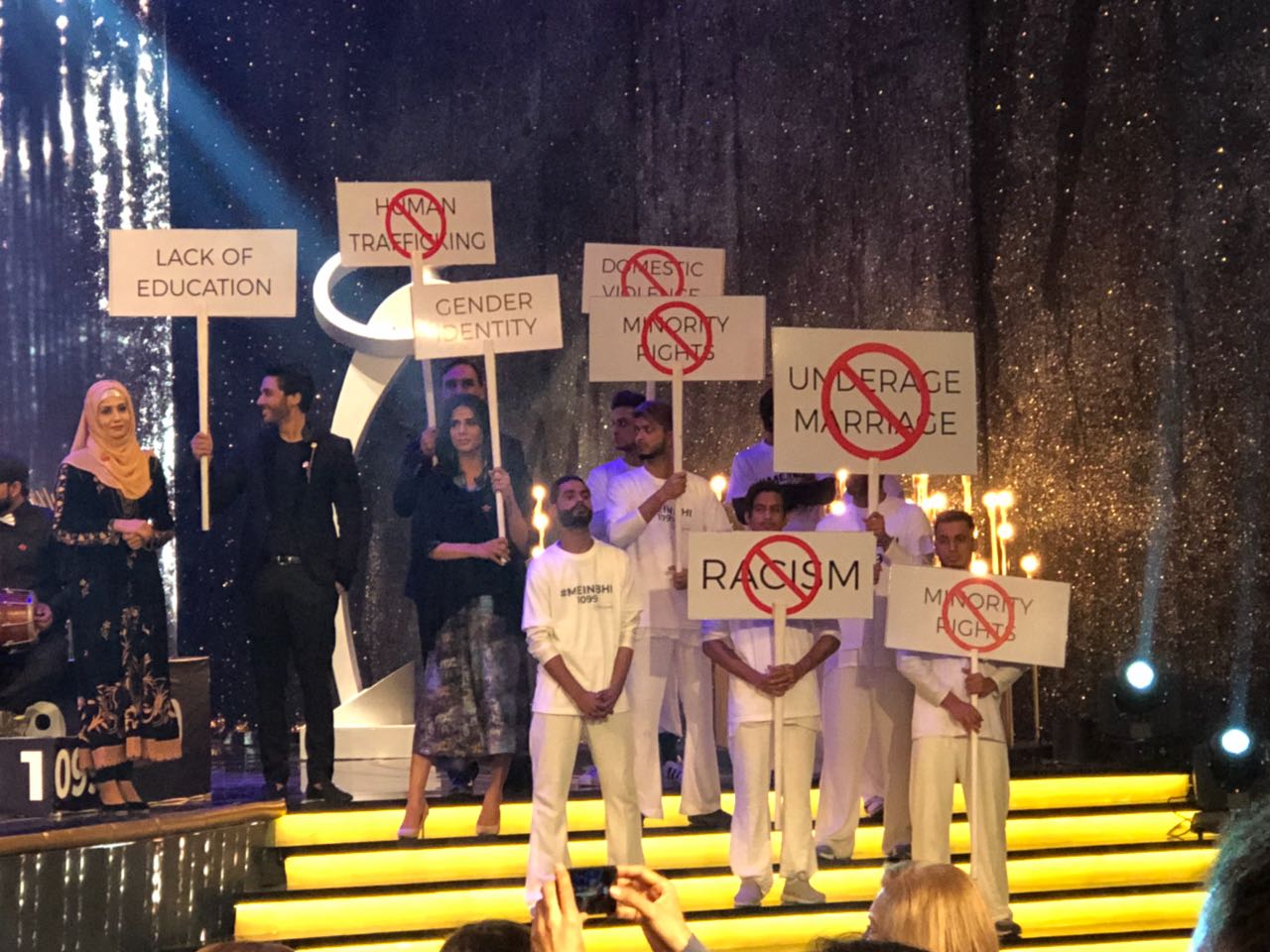 Soon after the ‘mein bhi’ movement was announced by Frieha Altaf, celebrities took to social media to share and support the child abuse and sexual harassment awareness campaign.

Never afraid to voice his opinions – Hamza Ali Abassi speaks about the deep rooted corruption in our society and how it affects basic human rights! Join @iamhamzaabbbasi in supporting the #MeinBhi🌺 movement and don’t be afraid to speak up!
Credit: @FriehaAltaf pic.twitter.com/wzzBDAeDxL

Together we are the creators of our society. Lets join me #AmnaIlyas and revolutionise this world into a better & safe place for each and everyone of us . #SpeakUpWithFriehaAltaf #meinbhi🌺 #AmnaIlyasInSupportOfMeinBhi #MeToo #Pakistan #MinervaConcepts