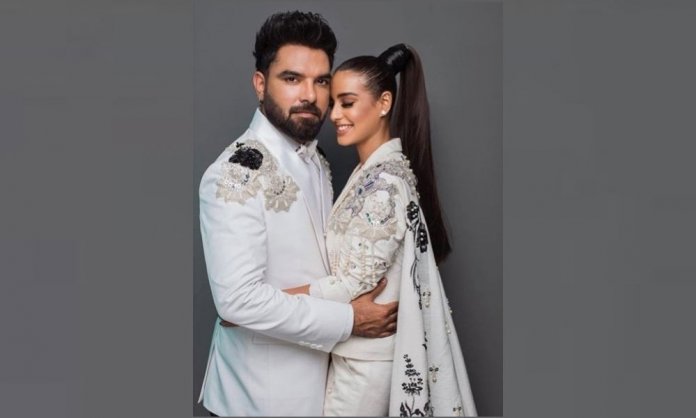 Yasir Hussain and Iqra Aziz are two young Pakistani stars that never fail to steal the limelight, both as a couple and as individuals.

In a talk show last month, Yasir Husain affirmed that Iqra was just a good friend and nothing more. Owing to that, his proposal to Iqra Aziz at the red carpet of Lux Style Awards 2019 has come as a surprise to us all!

However, it is very cute and pleasant one and netizens just cannot seem to get over it!

A video from the Awards show is now going viral on the internet where the actor can be seen proposing to the beautiful lady in a lovely way.

In the video, Yasir Hussain can be seen pulling out a beautiful ring and asking Iqra, “Will you marry me?”

Watch the proposal video below:

And here is the ring!

They were always couple goals and it has only gotten better after the proposal!

Netizens are congratulating the couple and sending best wishes.

What a lovely proposal it was…Stay blessed and happy much love!!

Another video that has been taking social media by storm is the one in which Yasir Hussain can be seen wrapping his arms around his now fiance and expressing his love with some major PDA.

Are you also swooning over the couple and Yasir’s proposal? Let us know in the comments!

For more updates and news, stay tuned to Brandsynario.

This story was first published on veryfilmi.com