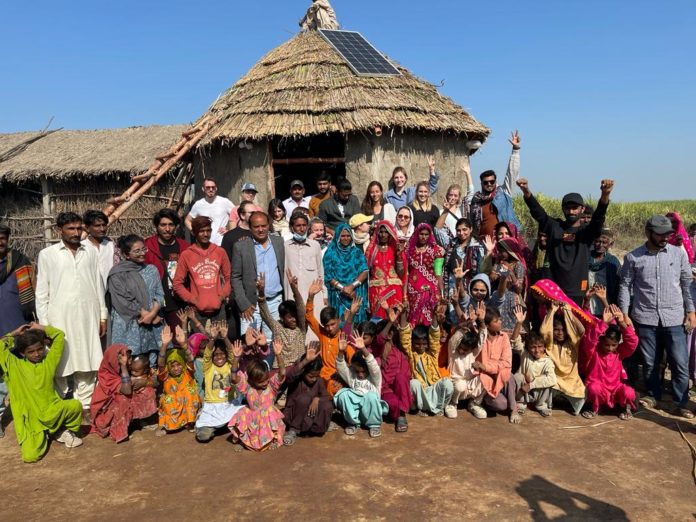 Karachi, December 8, 2022: The first batch of Heritage Foundation’s Climate Volunteers programme consisting of ten students and two faculty members of Vienna University of Technology, led by Prof Andrea Rieger-janol, and nine students and three faculty members of UOL (University of Lahore) led by prof. Zeeshan left for their respective homes earlier today after successfully spending 12 days together and getting first-hand experience of the life of flood victims of Sindh’s Punno Village, Mirpurkhas as well as facilitating in their rehabilitation. The programme was initiated by Yasmeen Lari, founder and CEO of Heritage Foundation Pakistan at Cambridge in October at an assembly of various universities from the UK and Europe organised jointly with INTBAU and Department of Architecture, University of Cambridge.
Speaking on behalf of the visiting Viennese students and teachers at a farewell tea given in their honour, Andrea Rieger-janol said, “The last couple of weeks have been an eye-opening experience for us. We spent three days in Lahore where we stayed at the campus and a did a workshop with the Lahore students. It was a great bonding opportunity as later we stayed together in the village, and it was wonderful that we had become familiar with one another by that time.” 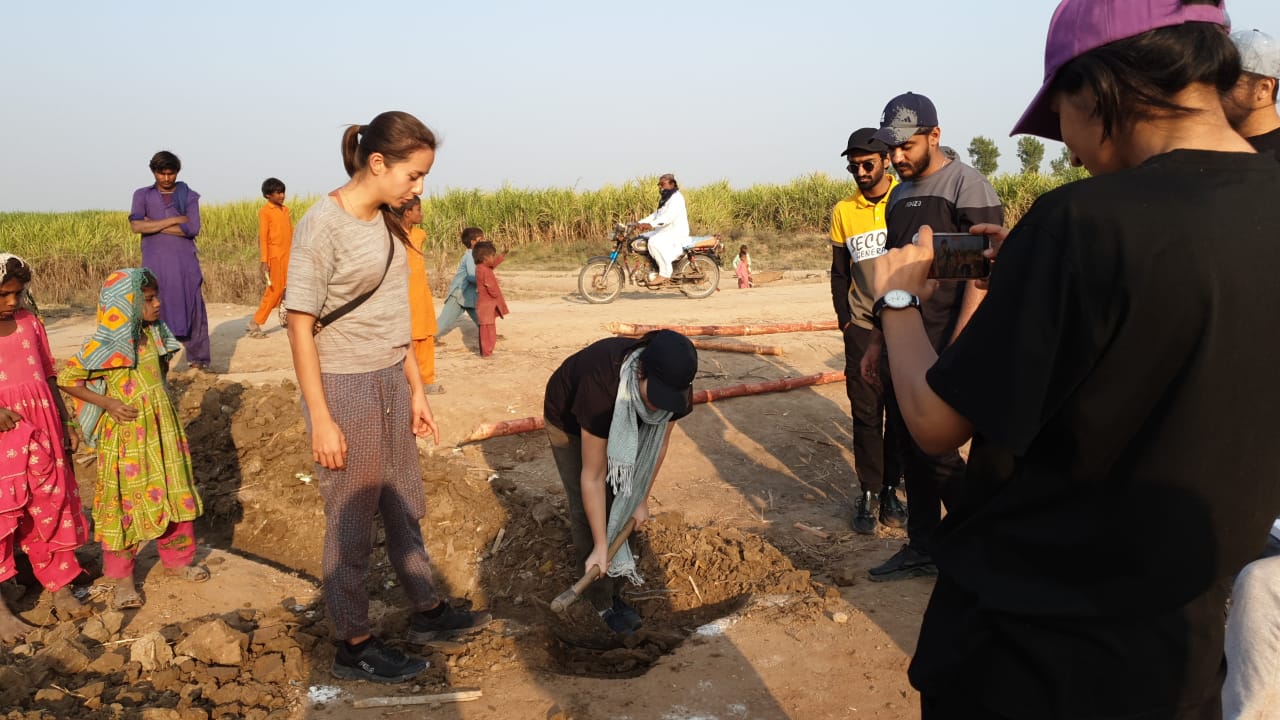 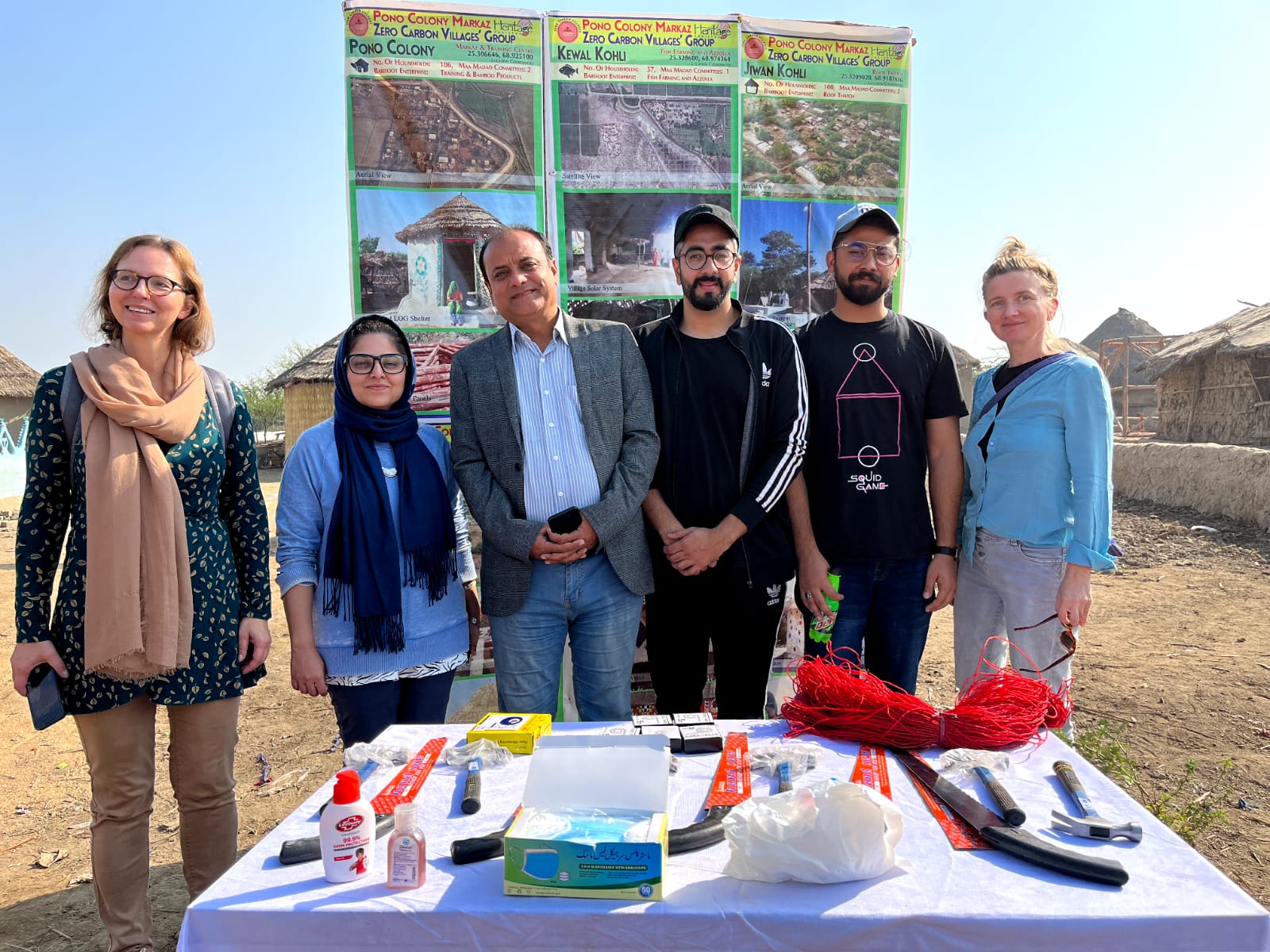 Staying in the ‘lodges’, which are essentially the Lari-Octagreen homes – zero-carbon bamboo and mud shelters that that have been designed by Professor Yasmeen Lari, and which one can now see in many villages of Sindh, including Punno Village – they not only got to experience how the villagers live, endured extreme weather conditions – very hot during the day and very cold at night – witnessed village hospitality, warmth and gratitude and ate wholesome, fresh food cooked on traditional choolah. 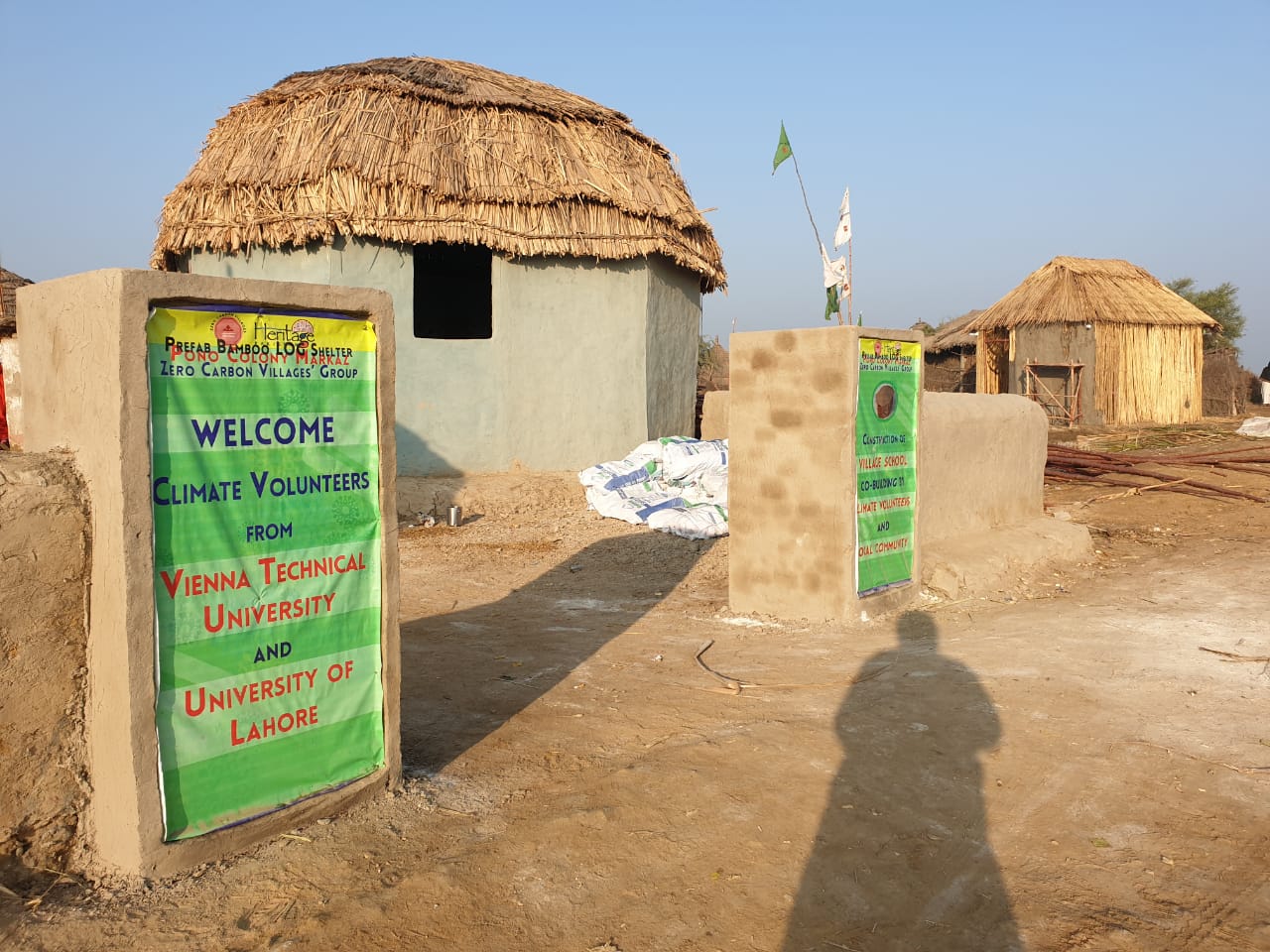 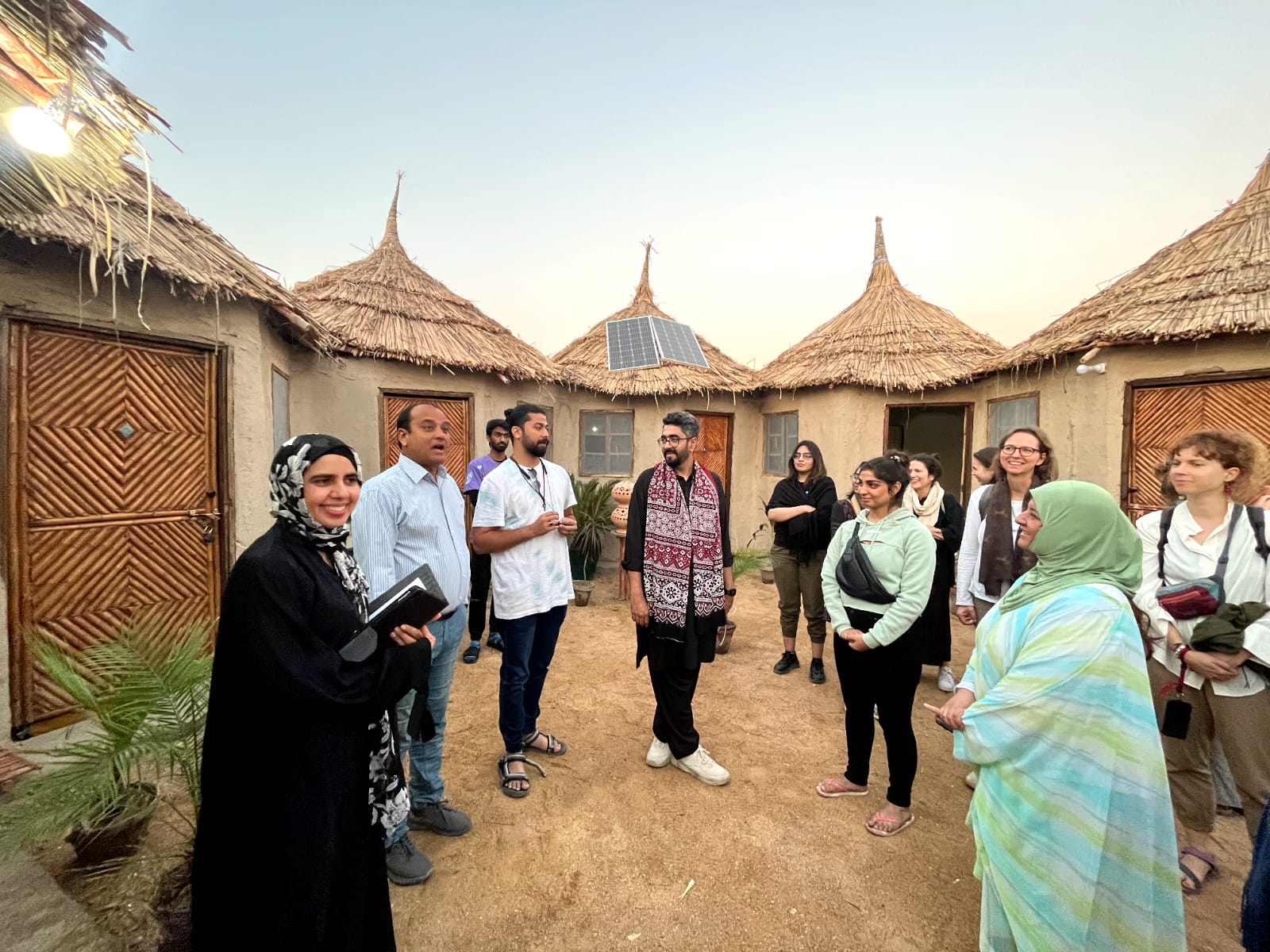 Speaking on behalf of UOL Syeda Komal Fatima said, “Even though we are Pakistanis from the Punjab, the experience of staying in the village and working with the local artisans was a unique one for all of us. We enjoyed the simplicity of their lives and found the atmosphere relaxing and therapeutic. All the volunteers were divided into three groups and over the course of our stay we rotated in the functions we performed so that each group got to try their hand at everything. The first group concentrated on designing accessories for the shelters to make them better equipped for its inhabitants. The second group observed, documented and experimented with the construction process of building a school beginning from site selection right up to its creation. Made of ten bamboo panels instead of the usual eight, this is a wider structure than the one used in shelters. It was gratifying to see how, in a short time and with little material it was possible to build such a sophisticated structure. And the third group documented the nearby villages and interviewed the villagers so as to get their stories firsthand from them. We now have an overview of at least four villages, know what stage of the developmental process they are at, and have a site plan for them.
It may be noted that Heritage Foundation and INTBAU plans to continue this programme with students of different universities participating from all over the world so as to encourage research, create awareness and facilitate the development of the neglected villages of Pakistan.