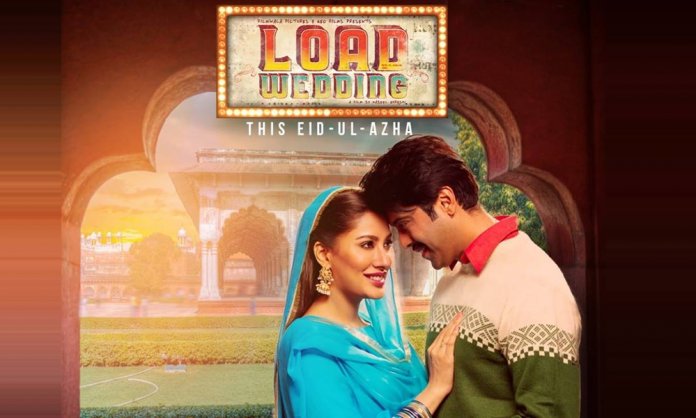 There is good cinema, there is bad cinema and then there is meaningful cinema that always ends with a moralistic lesson. Fizza Ali Meerza and Nabeel Qureshi’s Loadwedding is one such film that tackles a difficult subject and highlights it in a relatable manner so that’s it’s understandable to all.

Unlike their last three films (Actor In Law, Na Maloom Afraad 1 & 2), this one takes place at a very different place and setting but packs a punch that will make you realize that you can educate the audience if you set your mind to it.

The film revolves around the romance of Raja and Meerab (Fahad Mustafa and Mehwish Hayat) who marry each other after initial resistance from his mother (Samina Ahmed); their lives change after they win big in a game show and decide to help Raja’s sister Baby (Faiza Hasan) get married.

Add a family that wants too much dowry, an incident that takes away their happiness and a friend who would do anything for his yaar and you get an Eid film that you can watch repeatedly with your family, any day.

Although the first half is all lovey-dovey, the film changes tracks and becomes all serious when the need arises, giving the audience something to ponder after their exit from the theatre.

Whenever the history of Pakistan’s film industry would be written, Nabeel Qureshi and Fizza Ali Meerza will feature in it prominently because of their successive hits since 2013. In the first three, they used their home city Karachi in an excellent manner whereas, in the latest one, they have gone to Punjab for a changed setting.

Not only have they done well in every department, they have extracted the best work from their cast of handful actors including the leads Fahad Mustafa and Mehwish Hayat who are both pakkay Karachi-ites. Not once did they look like fish out of the water as they adapted the accents perfectly and even acted as people who have lived all their lives in Punjab.

As the village simpleton, Fahad was excellent and so was Mehwish as the girl next door who was considered jinxed until she broke free from bad luck.

Using Samina Ahmed and Noor ul Hassan as the elders was a masterstroke, especially in the former’s case who haven’t done a major film role in over 30 years. It was refreshing to see Qaiser Piya in the role of a friend proving that stage actors can do wonders if given roles suited to their persona. As for the brilliant Faiza Hasan, casting her was something only Nabeel – Fizza could have done as they go for actors for their characters, not their reputation.

When the ship of the captain is confident of his product, things become clear for others and in Nabeel’s case, Rana Kamran as Cinematographer, Shani Arshad as Music Composer and Fahim Khan as the surprise factor.

The comedian who worked in the 4 Man Show with Nabeel was the main reason why the audience was glued to their seat post interval as he played Aashiq Rafaqat (yes, you read it right!) the famous game show host who was always on the lookout for better ratings. How he becomes pivotal to the plot is something you should find out for yourself and trust me, you will not be disappointed.

Veteran PTV actor Anjum Habibi was cast as a greedy in-law-to-be with Ghalib Kamal as his son and it felt good to watch them suffer at the climax. One must also mention Mohsin Abbas Haider who not only wrote and sang a couple of songs but also played a cameo and was credited with additional dialogues, ensuring that everything was perfect on screen.

In a country where romcoms usually do well at the box office, Nabeel – Fizza’s social comedy is exactly what was missing from the scene. Just like Bollywood films like Toilet – Ek Prem Katha, it tackles a subject that is not only new for the audience but also one of the biggest evils in our society – dowry.

The way they have tackled it is highly commendable and if one groom decides not to take dowry from the bride’s family, the film will have served its purpose. Everything from art direction to dialogues to actors’ accent is perfect, making it a family entertainer you must not miss.