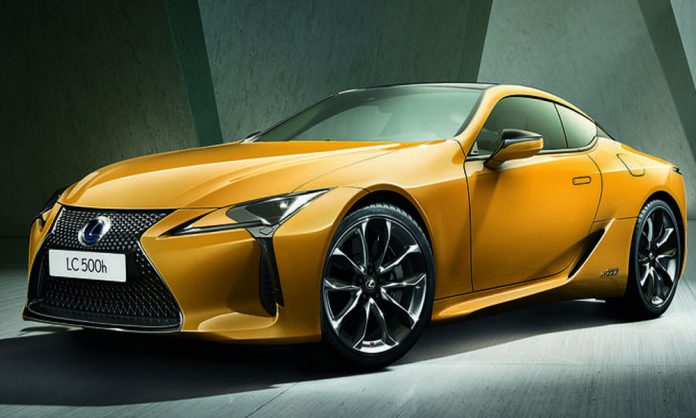 Lexus will be bringing the Limited Edition version of its LC coupe with its bright yellow paintwork and yellow suede interior inserts to this year’s Paris Motor Show.

The Limited Edition will feature the LC’s naturally aspirated V-8 engine that produces 457bhp, along with a number of exclusive interiors and exterior design cues to tempt buyers into parting with over €90,000 ($104,000).

As well as that fabulously exclusive yellow paint job, the exterior will also feature 21-inch forged alloy wheels and an active spoiler made from carbon fibre-reinforced plastic, which automatically deploys at speeds above 50mph. On the inside, the Limited Edition differentiates itself from the regular LC with bright yellow Alcantara inserts in the doors and black and white dominating the rest of the interior.

Though the production run will be pretty small, there will still be an element of choice for buyers as the Limited Edition LC coupé will be available as a regular 500 or as a 500h hybrid. The LC is designed as a rival to the Mercedes-Benz SL, and this limited run model is based on the Sport+ specification.

And though the price is yet to be announced it’s bound to come at a hefty premium above what the Sport+ model costs, so a hybrid version could easily set you back in excess of that €90,000.

But it certainly won’t cost anywhere near as much as the previous Spectra Blue Limited Edition LC. The paint for that model took inspiration from the Morpho butterfly, native to North and South America. It’s renowned for the shimmering blue of its wings even though they are colourless — the blue is created by light hitting the microscopic lattice surface of the delicate wings.

At first, it seemed recreating that effect would require using a pigment with 40 separate layers, but eventually, it was managed with just a seven-layer structure. That’s still an incredibly expensive process, which added a five-figure sum to the starting price of that car.

This one will be a little more affordable and a lot louder. If you fancy one, it’ll be on sale from November, after its appearance at the Paris Motor Show (October 4-14, 2018).