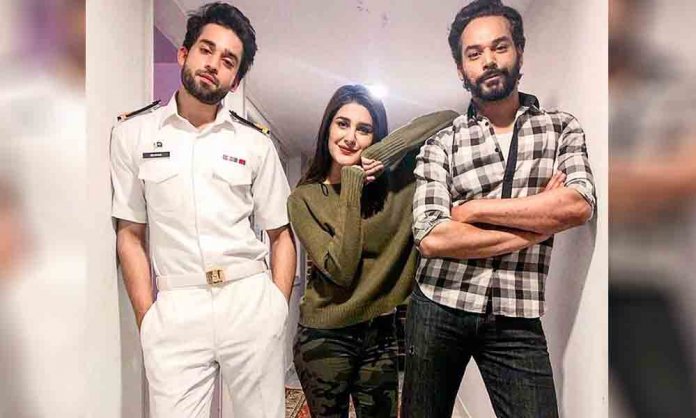 Laal telefilm created a buzz on the internet after its cast was revealed that include Gohar Rasheed, Kubra Khan, Bilal Abbas Khan, Saleem Mairaj and Iffat Umer.

Written by the maestro Umera Ahmed, ‘Laal’ is going to be a patriotic drama film that will revolve around some of the real-life incidents of Pakistani Navy.

Now, the trailer has enticed the audience even more and it sure looks like a thrilling ride filled with strong emotions and sentiments in the rustic settings.

Watch the trailer of Laal Telefilm below

Directed by Haseeb Hassan, the teaser features a young boy from a rural area who dreams of joining the Pakistan Navy one day but will have to rebel against his father, who wants him to become a fisherman.

The film will follow the struggles of this boy who will embark on an emotional journey to achieve his goals after rebelling against the family.

Super excited for this one coz teaming up with my brother director #HaseebHassan after #MannMayal and the cast is amazing looking forward to work with these gems #LetsDoThis 😀 #Laal @KubraMKhan @bilalabbas_khan https://t.co/W335m1VWAL

The telefilm will air on Geo TV this 23rd March under the banner of Group M & Hamdan Films, and looks like a tempting treat for Pakistan Day!