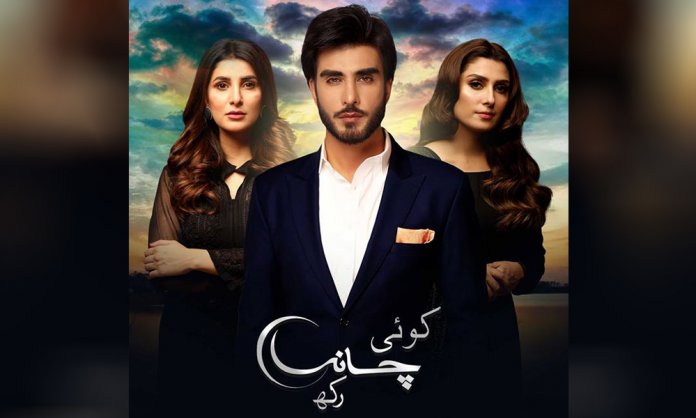 After the popularity of Tum Kon Piya and Mohabbat Tum Se Nafrat Hai, the hit Jodi of Ayeza Khan and Imran Abbas is back with a bang in a new drama ‘Koi Chand Rakh’ on ARY Digital.

The drama is based on a romantic novel by Nayab Jillani and is written by Maha Malik. The veteran Siraj ul Haque has donned the directorial cap for the drama.

The story revolves around the thorny married life of Rabail played by Ayeza Khan and Zain played by Imran Abbas.

While the pair gets married, they are clearly not happy together. Zain is madly in love with a doctor played by Areeba Habib and his family has forced him to marry Rabail.

Meanwhile, Rabail has a strong bond with her cousin Umair played by Muneeb Butt. Umair wants to marry his cousin while she is already betrothed to Zain.

While our heroine is suffering from an abusive marital life, Umair is torn apart to see the love of his life with someone else.

This drama will have some major heartbreak involved. So gear up for a rollercoaster ride of romance, revenge, and retribution.

The drama is starting from 19th July and will be aired every Thursday at 8 PM.