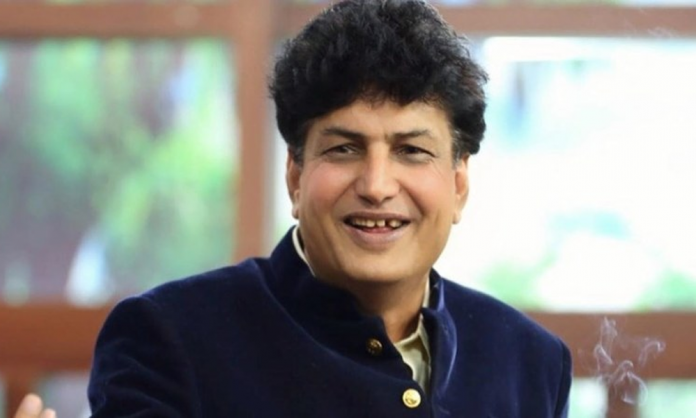 The last few days have been part of a heated debate between Pakistani drama Meray Pass Tum Ho writer, Khalil Ur Rehman and activist Marvi Sirmed. After Rehman used indecent, abusive language for Marvi Sirmed on national television, things have surely grown dire for the writer.

In the latest development, Geo Entertainment and 7th Sky Entertainment announced that they have suspended their contract with Khalil-ur-Rehman Qamar after he used abusive language on live television against Marvi Sirmed.

The announcement mentioned Geo Entertainment suspending four drama serials and one movie script contract until Qamar apologizes for his crass behavior. The channel has further clarified that this was a non-exclusive agreement with the writer, the same as the ones he has with other channels.

“Geo believes in exchange of ideas and promoting the culture of Live and Let live (Geo our Jeenay do) we believe that everyone has the right to express their opinions and the culture of healthy debate should be encouraged. However, such debates should be held within the norms of decency and entail respect for one another”

Qamar is currently working with other TV channels as well and is knows to be involved in a movie that features two renowned actors, Mehwish Hayat and Human Saeed.

Upon receiving the suspension announcement, writer Khalil-ur-Rehman has responded to the entertainment channel. His statement mentions that he would not work with Geo and is canceling the contract himself.

Pakistani twitteratis and celebrities like Mahira Khan, Sarmad Khoosat and Shireen Mazari have lauded the stance taken by Geo and have taken to twitter to appreciate this feat!

Here’s what they have to say:

Someone, at least SOMEONE had the courage! Thank you Geo for setting the right precedence. https://t.co/0E33qlcDwi

Geo Entertainment has suspended the contract of Khalil ur Rehman Qamar. https://t.co/006SS38vgo

Good action by Geo. No matter who the woman is, no one has the right to abuse and use filthy language against her especially on TV. It should never be acceptable & never be tolerated. https://t.co/QTrJizyXXG

Proud of our media partners for @MaulaJattMovie to take this stand and be on the right side of history !! 👏🏻👏🏻👏🏻#Geo
#khalilurrehmanqamar #KhalilUrRahmanQamar https://t.co/49PrzV8YLx

Your words show your thinking, your tone shows your shallowness and the loudest of your scream shows your “Namardangi” Shame on you #KhalilurRehmanQamar and thank you for showing your real face. First talking rubbish about Mahmood Aslam and Saba ji. Calling them unprofessional and jhoota. But no one has the courage to ask him about his jhoots and lies. He called them beyimaan.. selling your own script with different names isn’t it beyimaani? Is it a joke? But no one in the ferternity has ever spoke about it though they discuss it with each other. And laugh on it. But that’s sad because by doing this you are doing beyimaani with the entire writer community. And now this obnoxious behaviour. Holding an opinion is not at all an issue. But this tone and batameezi really showed the true face. No one and I say no one has the right to use such language with anyone. Be it a man or a woman. It’s not about the slogan or any ideology. It’s about the way he spoke. What disgrace. #Khalilurrehmanqamar #disgrace ‪jab takabur had sey barh jata hai tu insaan firoan ban jata hai ‬

What are your thoughts on the decision made by Geo Entertainment? Let us know in the comments below.