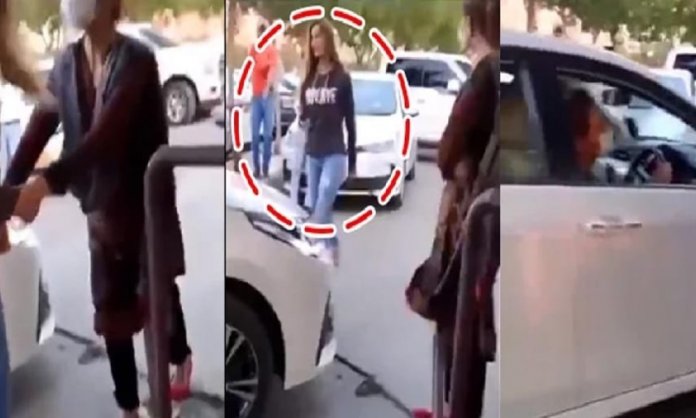 We are often taught about how violence is never the answer. Wars in history have been fought over the most drastic of issues. When violence is used as the answer to a situation, the situation itself can deteriorate at an alarming rate. Examples throughout history have taught us how it is better to negotiate your way out of a situation rather than fight.

Of course, there are times when war becomes a necessity but it’s, not a decision that should be forced. Similarly, there are countless people in history who speak against any form of violence, who are peace-loving. In recent city happenings, it seems there is an event where violence was practiced. It involved a Mall Guard and a citizen of Karachi! Let us see what exactly happened!

Due to the pandemic raging across the world, specific regulations have been set in place. The virus had subsided well after the summer ended, but it picked up again a month or two ago. Cases saw another rise; more people were being reported sick. It came to us as a realization that this might be a second wave of Coronavirus

In light of that, every business has seen new Regulations set in place. The newest ones require that malls are closed relatively early, and half of the staff operate in every industry. Indoor gatherings and eateries are banned; only outdoor food is being served. Weddings have seen a ban. These regulations apply to every single one of the people; there are no exceptions. The vaccine hasn’t reached us yet!

So, reported in recent news, what happened was that a female citizen was denied entry into a mall. The mall guard refused to let them in, as per the new regulations. The guard, on orders, would then do their duty and not admit visitors after a specified time. This citizen attempted to enter the premises of the mall after the new regulated time. They were with a passenger.

When they were denied entry, this person started to raise their voice against the Mall Guard. They proceeded to ask the guard how they dared to even think about stopping them. This was followed by the lady attempting to slap the guard. She was then held back and killed by her car’s passenger. Is this how we are supposed to treat our authorities? It shouldn’t matter what class the Mall Guard belongs to, the barrier is their authority, and no one should challenge it.

Spoiled brat spotted, lady in white corolla BKF-001 slapped the guard at Domen mall (Clifton Karachi) for not opening the barrier as per revised timings of the Mall This is what happens when daddy’s money power goes to ones head 😡😡 pic.twitter.com/HFeWJd400A

How you treat others gives hints towards your personality. The rules are no exceptions for anyone. If the mall timings state that it’s closed to visitors, then it is closed to visitors. The guard is not responsible for setting the timings; they are just doing what they have been asked to. If a person wishes to take it up with someone, they should visit the Managerial wing of the mall and ask them.

One cannot entirely disregard the Citizen, and maybe the Mall Guard did something to infuriate her. If that is the case, why would the passenger, who was with her, attempt to stop her from lashing out and not chew out the Mall Guard instead?