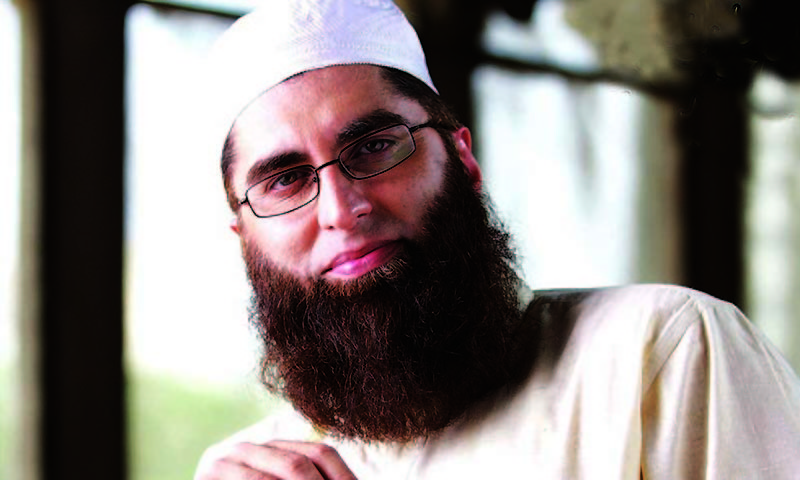 PIA spokesperson, while talking to Express Tribune stated, that flight PK-661 disappeared from the radar once it took off. News reveals that all passengers are feared to be dead cause of the unfortunate crash.

It is reported that the singer- turned- scholar- turned television host was in Chitral and was traveling for  preaching purposes.

According to sources, his dead body has been discovered from the site of the plane crash.

Today is yet another dark day in the history of our country. The news of the untimely demise of the famous scholar has  shocked the entire nation to its core.

Politicians, journalists, celebrities and of course fans of J.J are mourning the loss of the religious leader.

Here’s what his grieving friends and fans had to say about the revered scholar!

Devastated hearing the news of the plane crash. May Allah have mercy on all affected. Thoughts and prayers going out to all #PK116 #Chitral

Saddened beyond words! Rest in peace #JunaidJamshed & all the people who were on board! Inna Lillahi Wa Inna Ilaihi Rajiun!

I am saddened by news of the death of #JunaidJamshed and his wife in a #PIA plane crash. May the Almigjty grant ease to all in the tragedy.

Heart is bleeding for the lives lost, condolences to the family. We lose another icon.. this is just so so sad. #PK661 #JunaidJamshed

You think you'd be desensitised by now – but with every death comes fresh heartbreak.
Inna lillahi wa inna ilayhi raji'un.#PK116

Such a huge loss, absolutely in shock #PK661 #JunaidJamshed

Very upset to hear about the crash of #PK661 Allah give Maghfirat to all those who lost their lives including Junaid Jamshed & his wife.

Junaid Jamshed has left us in the most devastating way. Shocked and heartbroken. #PIAcrash

It is confirmed that my friend & neighbour Junaid Jamshed was indeed on the unfortunate flight. Allah have mercy. #PIA

Request to TV channels- Pl don't show Junaid Jamshed's music life that he had left many years ago. Remember him as a preacher of Islam.

My heart is drowning in sadness to learn about the air crash of Pia.. news feared my friends Junaid Jamshed and alay Akram was in it 2..

My love and prayers go out to Junaids family,friends & devoted fans. We will miss you buddy but your memory will live on #DilDilPakistan

Deeply saddened to hear about the plane crash. Prayers for the deceased. Rest in peace Junaid Jamshed, a great human being

Thoughts & prayers go out for Junaid Jamshed's family & loved ones. His voice and good deeds will resonate with us for ever! RIP my friend.

My heart goes out to the families whose loved ones were lost. May Allah make it easy. Let's say Fatiha for all & sp Junaid Jamshed bhai RIP

Very sad to hear that Junaid Jamshed was also there with his wife in the ATR Plane which crashed nnear Havelian.

RIP. My Condolences to the bereaved families of the PIA Flight crash. We lost an artist in Junaid Jamshed. May God Bless all! Ameen pic.twitter.com/1KkZgujiyk

Moment of silence for what we are feeling right now. Really brings things back to reality for… https://t.co/OEbMwN178a