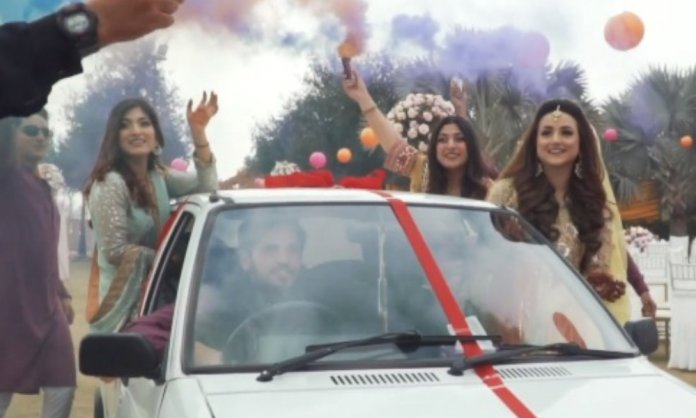 Jeeto Pakistan is one of the many game shows in Pakistan which has garnered a massive audience. As much as people have found this game show to be super fun and exciting, there are some who absolutely loathe this game show.

With the famous Pakistani star Fahad Mustafa hosting this show, Jeeto Pakistan has also been part of many controversies. If you have ever had a chance to watch an episode of Jeeto Pakistan, you may have seen him being quite disrespectful and rude towards his audience.

Speaking of which, considering how entertaining the show is, a Pakistani family decided to reenact the whole game show at a wedding. Yes, at a wedding!

They decided to stage all of it so perfectly and decently that it looked better than the original Jeeto Pakistan. No kidding! The best part about it was that they also reenacted all the segments there are in the show.

Have a look at how perfectly they have pulled it off!

We’re totally loving the bride’s entry in a Mehran and how she remained calm throughout!

We gotta give it to the bride and groom’s family and obviously the video team, Art by Wasif for this fantastic coverage! What do you think of this crazy idea? Let us know in the comments below.