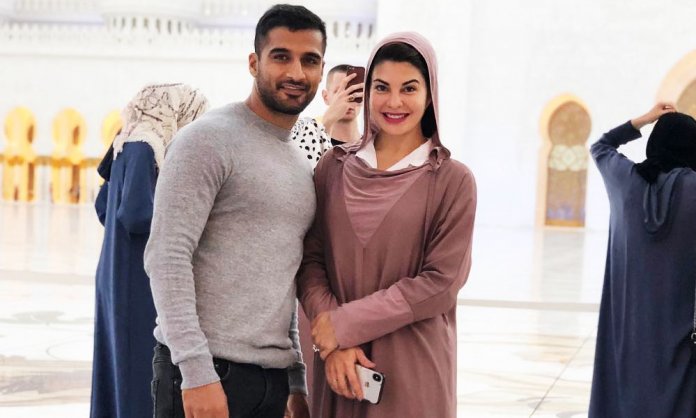 Bollywood actress Jacqueline Fernandez visited the Sheikh Zayed Grand Mosque in the United Arab Emirates last week. She is in the city of Abu Dhabi for the shooting of her upcoming film “Race 3”.

The Kick actress posted her pictures and videos on her social media accounts in which she is visiting the mosque in a hijab with her team.

As soon as she shared her videos and photos, the news got viral in Gulf states within a few minutes and the videos were even shared on social media by various news channels.

Some people just could not take the fact that Jacqueline is wearing a hijab and visiting a mosque. Have a look at what people commented on her post:

On the other hand, some of her fans liked her attire.

It is also revealed that Jacqueline is under an extensive training of Mixed Martial Arts to shoot her action sequences for the movie.

The film will be released on Eid ul Fitr and has been shot at six different locations across Abu Dhabi over as many as 35 days. The film’s main lead Salman Khan also said that he also has done a few exciting stunts with Jacqueline during the shooting.

The first look of the movie is also revealed by Jacqueline in her social media accounts:

Here’s what people have to say about the first look of the movie:

Salman Khan is partnering with Remo D’souza for the first-time, however, it brings back on-screen couple of Salman Khan and Jacqueline Fernandez which last appeared together in ‘Kick’.

Let us know in the comments below on what’s your take on this entire story.