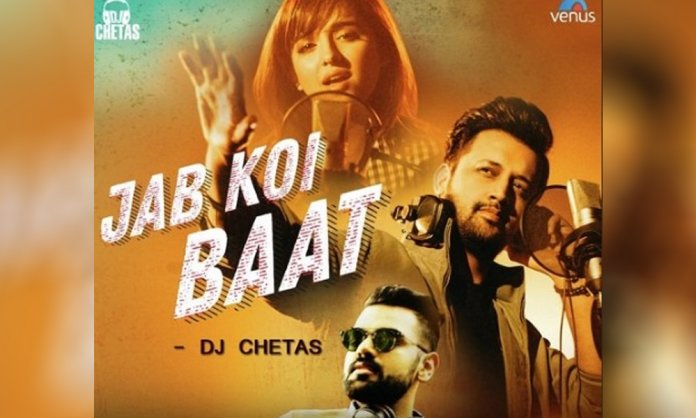 Just when we all thought we will never get over Atif Aslam’s soulful voice in the chartbuster track ‘Dil Diyaan Gayaan’, he has rocked our world with yet another of his magical melody!

Its true his fans can never get enough of him. He has floored the whole universe with his singing talent.

2017 was quite lucky for the singer. Despite Bollywood putting a ban on Pakistani celebrities, nobody could have stopped the “Aadat” singer to take over the neighboring nation. Almost every movie had his voice in its soundtrack.

This time, the crooner has collaborated with renowned musicians of Bollywood, DJ Chetas, and Shirley Setia, to recreate the evergreen classic ‘Jab Koi Baat Bigad Jaye” from  1990 hit Jurm.

All those who haven’t heard it yet, are missing out on super sensational.

Riding high on its musical richness, the song will strike a deep chord in hearts of the listeners. Just within 4 days, the song is breaking records with 5,800,948 views and is trending number 1 on Youtube.

Super elated at its success, Shirley expressed her gratitude to Atif for uniting with the team to produce this masterpiece.

Twitterati is going crazy over the tune!

And As always, Indians are blown away by Atif!

The intoxicating remix seems to have become the ultimate Valentine Day Anthem!