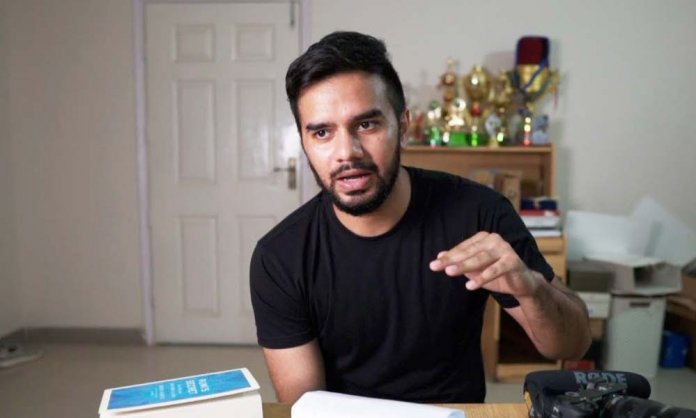 Recently the Kashmir issue and the tension it has created between India and Pakistan is all over social media.

While every Tom, Dick and Harry has an opinion to offer on the political matter, a huge number of people also urged influential personalities to speak up on and support the cause.

The same kind of hateful persuasion was directed towards one of Pakistan’s most popular YouTubers, Irfan Junejo, and so began the Cancel Culture.

Extremely disappointed by these so called Pakistani Youtubers. All they care about their Indian viewers.
They have zero patriotism for the country and Kashmiris. #Irfanjunejo pic.twitter.com/0h0sUbO7zz

Irfan Junejo plus other actors and other UK youtubers who stayed silent on kashmir issue all deserve to be cancelled we need new media icons who are loyal to ONLY Pakistan and dgaf about India. Dhaky chuppy adnan sami hain sb

Thousands of people were of the opinion that Irfan hadn’t spoken up because he was afraid of losing Indian followers, while others thought that he just didn’t want to get into something that did not benefit him financially.

Pakistanis should unfollow Irfan Junejo on every platform so he can rest in peace with his Indian followers. The fear of losing followers by talking on Kashmir issue must be handed over to him by losing a considerable number of Pakistani followers in one day.

Boy You Need to stand with dollers not Kashmiris .#Irfanjunejo pic.twitter.com/0T03UyQPap

Many also opined that Junejo had been silent out of sheer ignorance, and hence many unsubscribed his channel for the same.

You can delete your tweet all you want. But you have finally revealed your true ignorant face. Cancel #Irfanjunejo pic.twitter.com/nEeErz4e1x

After a lot of bullying and pestering over the past week, the YouTuber finally decided to make a vlog about why he had not been speaking up on the matter in a video.

Some social media users remarked about how #IrfanJunejo had been trending on Twitter instead of #Kashmir, which only shows what is of more importance to Pakistanis, the actual issue or the matter of some people not talking about it.

Irfan Junejo is the top trend and not Kashmir

Explains a lot about Kashmir sympathizers

Moreover, many people also highlighted that out of all the people in Pakistan who have been silent on the issue, Pakistanis have chosen to criticize Irfan for staying shut.

In the video, Irfan clearly elaborated on the following points:

While there have been too many people abusing and bullying him, he has also received support from fans and followers.

#IrfanJunejo is one of the finest youtuber, & I really admire his work. I don't know why They are spreading hate for him. 200 million people in Pakistan and how many talked about Kashmir?
1.3 billion Indians and how many hate Pakistan? Definitely not all. NOT ME.
Dont spread Hate pic.twitter.com/AxcArk1ySk

This bullying of @irfanjunejo is horrendous. Ya'll have been following him for years now and the guy has never done political or religious videos and is just maintaining that on his channel. How fucking hard is it to understand that?

You lot don't care about lives. You lot care about the moral high ground the Indian politics lets you climb, that your domestic politics would never. Credit to @irfanjunejo for standing his ground.

What is your opinion on the story?