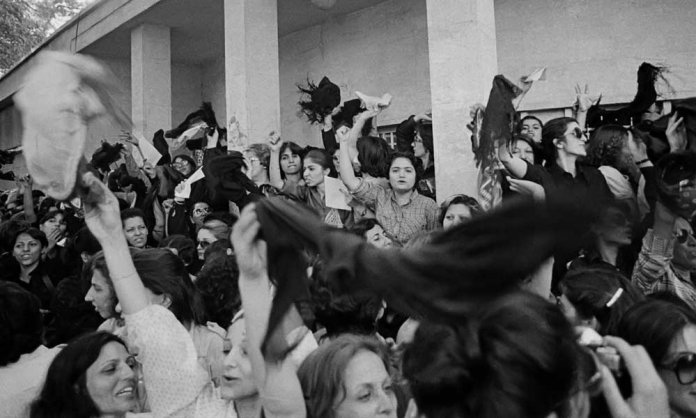 Women in Iran are required to wear either full-body cloaks or headscarves that cover their arms. Any other kind of hijab or dressing is deemed inappropriate by the morality police.

In order to celebrate Hijab week in Iran, a short video clip sponsored by the Islamic Revolution Guards Corps promoting the Islamic headscarf was released.

The clip features a young woman entering a shop that sells fake jewellery and asking the shopkeeper where the real ones are kept. “Real jewellery is kept in seven boxes and locked in seven safes,” the shopkeeper replies.

He also tells her anything that is valuable is “hard to access and commands special respect”.

When another woman enters wearing a full-body veil, the chador, the man stands up straight and bows his head making the first women realize that she has to change the way she dresses in order to be valued.

"I'm a human being. Don't downgrade us to goods"

A video promoting Hijab week in Iran has created a social media stir, after it compared women to jewellery

The video has been produced by the Basij Cyberspace organization. The comparison of women to jewellery has gained negative publicity and triggered a debate on social media.

“I’m a human being. Don’t downgrade us to goods,” read a woman’s reaction who felt rather humiliated.

This is not the first time women have been compared to commodities. Earlier there were degrading adverts all over the Middle East comparing Muslim women to wrapped lollipops.

“Have RELIGIOUS MEN -no civility, no honor, no respect. no self CONTROL” read a twitter reaction.

WHY
DO WOMEN & children
NEED PROTECTION
FROM Religious MEN

What is YOUR religion
PROGRAMMING you
to believe?#BreakTheYoke
THEOLOGY IS not A religion
If, you don't have a CHOICE
then, you are a ROBOT a #SLAVE pic.twitter.com/S4px5eeQF4

“You don’t own me,” stated another.

Another suggested that the male council should start applying the same rules to themselves first.

Incorrect. Religion is improperly used as a tool by people who wish to use it as such.

Others celebrated the fact that they did not live in Iran.

Thank god that I don’t live in Iran and have to wear hijab. I thank my parents everyday for moving us from there and allowing our freedoms and liberties living in a western country with choice and that includes abortion and being gay.

What are your views about the video? Share your thoughts and let us know?