Celebrity relationships, engagements, and weddings, even divorces, always garner the Pakistani population’s interest. Be it Shehroz – Syra, Aiman – Muneeb, Minal – Ahsan, any news about them, and we are instantly hooked. Such was the impact of Yasir Iqra wedding as well. People followed their story from the time Yasir proposed to Iqra Aziz.

So what happened was that an award show was going on, and in front of the entire entertainment fraternity, Yasir went up to Iqra Aziz. People already knew that they were dating. But what happened next was the sweetest possible thing the actor could have done for his fans. He ensured that his fans could witness the most important moment of his life. He proposed to Iqra. She agreed in the cutest way possible.

Later on, they got married. Both the actor and actress shared the moments of their wedding as well as their honeymoon on Instagram. 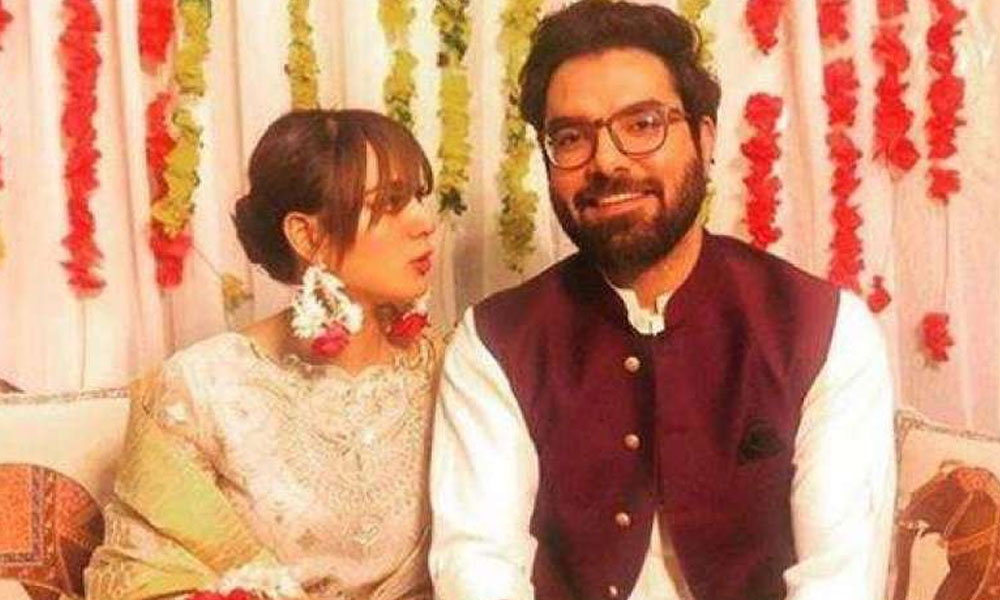 And today, Iqra Aziz has shared another cute moment on her Insta story. She shared a video where she broadcasted her Mehendi hand. The caption read: ‘Shohar ki lagayi hui mehndi.‘

But here is the thing, the actress has removed the story now. Although publications were quick to have captured the clip, so you can view that with ease. And hey, the mehndi was cute. Yasir, you have potential in the art of mehndi. At least, Iqra won’t have to suffer in the long lines of Beauty Parlours on Chaand Raat.