He started his career as a junior commercial artist in an advertising agency in 1978. Beside press and magazine advertisements the ad agency published 3 calendars displaying his sketches and calligraphic wood carvings for its clients. At that time he was just a teenager.

Over the decades, he received art commissions to produce relief portraits of well-to-do friends and patrons. He also wanted his artworks to become affordable. Therefore, he ventured into producing reproductions of his portraits in metal finish. Each one of these portraits are personally hand finished and inspected by him at every step till
dispatch.

In the following slides, we are presenting his selected work for your view. Hope you like what you see.

The production process of the portraits

He hand carves his Medallion portraits on wood, which happens to be his favorite medium. Each one of his medium-size portraits takes about 2 months to finish.

From his original portraits, he produces medallion portrait patterns in fiber resin. Such patterns can be readily used to produce molds for stroking coins and medals.

Recently, he has started hand-painting his portraits of Quaid-e-Azam and head of states of different countries. These hand-painted 3D portraits are finished by him. The
color portraits produced by him are appreciated for the quality of production. These portraits are unique in nature that add artistic and nationalistic appeal to the offices of high-ranking Government officials.

In the pre-email era, Postage stamps were used to promote national image, festivals, flora and fauna, business and trade throughout the world.

In the age of emails, postage stamps have lost their relevance to serve image-building needs.

In this regard, we believe that specially designed Coin sets can serve image of a nation and serve the business and trade promotion needs of a country. Such sets of Coins can depict Natural resources, Major Crops and Main Exports today.

Ministry of Foreign Affairs can giveaway these coins as souvenir to Finance and Trade officials, potential investors in the host countries and fellow Trade Commissioners at other Embassies in the countries they are serving. Such coin sets can also be sold through the Diplomatic Missions of MOFA to overseas citizens and Numismatists. 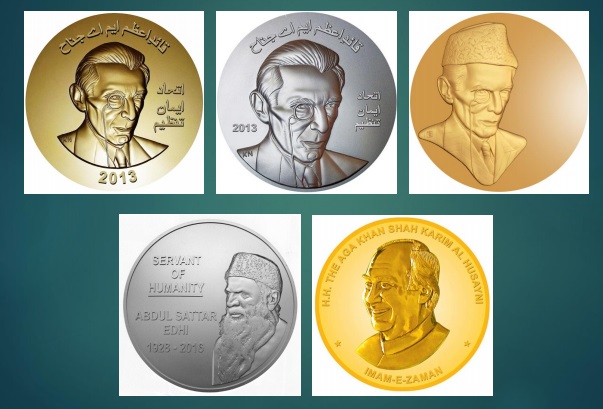 Portraits of Saudi leadership – 3 years labor of love and respect

The revered leadership of the Kingdom of Saudi Arabia has held deep love and respect in every Pakistani heart. To display his respect for the Saudi leadership, Mr. Khalil Najmi hand-carved his first set of a set of 3 portraits on wood.

His third and final set comprises of hand painted 3D portraits to add nationalistic and artistic appeal to the offices and households of esteemed Saudi royal family and high ranking officials of the Kingdom of Saudi Arabia.

It has taken him 3 years to develop three complete sets. He is waiting to
have the honor to personally present his work to His Majesty King Salman
bin Abdulaziz and His Royal Highness Prince Mohammad bin Salman.

Late Sultan of the Sultanate of Oman, His Majesty Sultan Qaboos Bin Said. We now intend to present these portraits to the Royal households. 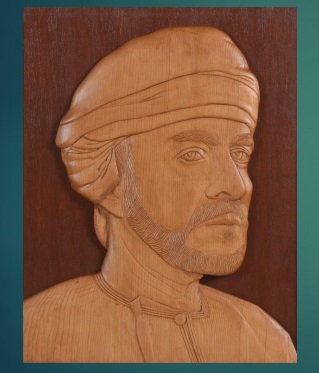 Views to highlight the 3D aspect of the portrait