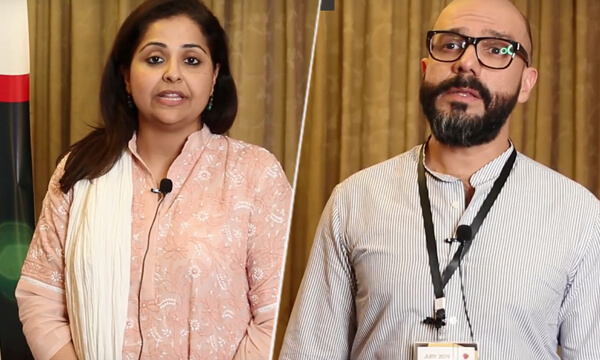 The advertising world has seen a shift in the trend of using traditional celebrities for brand endorsements. Companies are now directing their budget towards influencer marketing.

WHO IS A SOCIAL MEDIA INFLUENCER?

These are the people who have created a significant amount of social media following by creating content online that meets the interest of their target audience.

THE DIFFERENCE BETWEEN A SOCIAL MEDIA INFLUENCER AND A CELEBRITY

Consequently, celebrity endorsements are roped in by brands due to the mass exposure they can generate. The target audience assumes that the product has weightage if a media darling is associated with it.

Meanwhile, an influencer targets a niche market and due to the fact they are more active in the virtual world, and influencers usually garner more engagement than celebrities.

Consequently, brands are running after self-made influencers who might have a smaller following than a star but they boast authenticity while generating a greater buzz and engagement.

ARE INFLUENCERS BECOMING A THREAT TO CELEBRITIES?

A research was conducted on Twitter in 2016  that revealed that 40% of the consumers bought a product after seeing it used by an influencer.

Over the years, brand worldwide are now moving towards influencer marketing to harness the power of social media within a highly targeted group of people.

Similarly, in Pakistan, brands like Maybelline, Total Parco, AlKaram, Emirates and have been spotted using social media influencers to make it big in the market.

Guys!!!! My @maybelline video is here! And I'm SO excited and SO proud of how it has turned out. It was the best surprise to be picked by them and for the brand to embrace diversity by picking someone who wears a head scarf. My experience shooting with their team was brilliant too. The other girls in the video were SUPER nice @rebelliousbrownie @amal asif @ayeshakhalid_ @fzm_boutique_fitness @glitterandpopbymahnoorj @rantsofadesibride. It was the most empowering experience to be with all of them! LITERALLY no words to express how GREAT I feel. And you know what – none of it would have happened without the support of YOU guys. Thank you for your love and duaas, always! 💖 @getsetmakeuppk

Now that #fpwss19 is over, here’s a quick round up of my amazing experience with the @alkaramstudio team! Obvs you guys did get to see a few BTS shots in my stories, from the shoot to the big reveal! I’ll be doing a complete write up of my experience as one of the #alkaraminfluencers on my page very soon! I want to know how you guys felt about the whole journey, what did you like, love, not like?! This was my first ever major collaboration with a clothing brand so it was a huge deal for me 🙈 More details in the post to follow 😘 xx Alina . . . #alkaramxfpw #makokeffee #talkingpoint #thatkarachigirl #pakistanblogger #karachibloggers #style #fashion #ootd #beauty #me

Brandsynario asked a few jury members present at the session their opinion on the Celebrity Vs Influencer trend.

I still see a lot of celebrities out there. but I think it is the turn of influencers, especially to see what’s happening across the boundaries. influencers are playing a key role especially with the millennials these days. It is a positive trend as long as we move towards the true influencers.

Now that the world has changed and I have seen it changing in the last decade and a half in front of me,  I believe influencers are much more real. They are the people the audience can relate to much much more than a celebrity who lives a life which is much larger that that of individuals, common people as you call them.

They are close to the hearts of people and that’s where the shift is happening. It is going to happen even more in Pakistan in days to come.

Seems like both influencers and stars have their share of pros and cons when it comes to brand endorsements. Once brands can determine what works best for them, then the real deal begins.