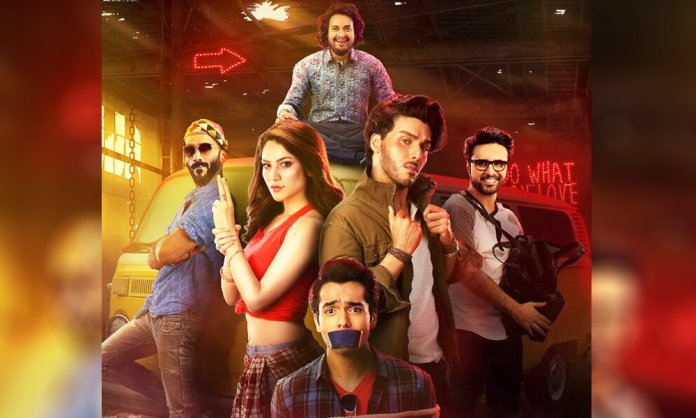 December is the season for movies in Pakistan, another comedy film Chupan Chupai starring none other than the dapper Ahsan Khan and beauty, Neelum Muneer is all set to release on the 29th of December, 2016.

The upcoming Pakistani movie, Chupan Chupai released its official trailer recently and it has created an uproar over social media. The movie has been produced by Mohsin Ali, the man who wrote the witty dialogues for Wrong No. Chupan Chupai is going to be his directorial debut.

People across the border hardly get to watch Pakistani films, however, Chupan Chupai has received quite the feedback from Indians. Various Youtubers have reviewed the trailer and given their reviews.

Looks like the Indian public has fallen in love with our dazzling diva, Neelum Muneer. They are all praises for her acting skills and can’t get over her beauty.

Popular Indian YouTube, ‘Superguy’ urged viewers to go watch the movie on the first day as he found it quite funny and loved Neelum’s acting.

Another reviewer did not find it as funny as Na Maloom Afraad 2 but mentioned it was still worth a watch as some dialogues from the trailer are quite hilarious!

Another reviewer from across the border, Mayank mentions, the trailer reminds him of Na Maloom Afraad 2 and Bollywood blockbuster, Hera Pheri.

Do you agree with the Indian reviewers? Let us know in the comments below.