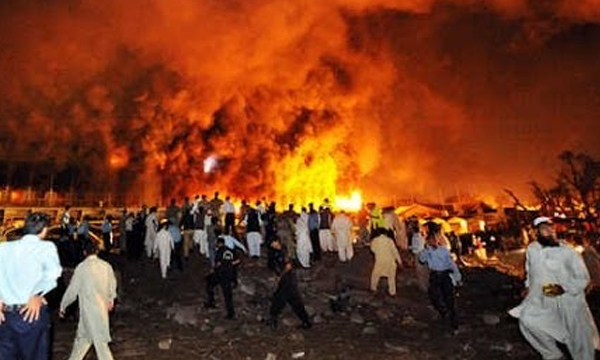 Last month, an Indian man’s earthquake warning for Pakistan and other Asian states went viral on the internet, creating a wave of fear amongst people.

Now an Indian astrologer, Anirudh Kumar Mishra‏ has sent shock waves and has baffled Pakistani lawmakers by predicting back to back terrorist attacks in the nation.

In October, Kumar tweeted that a terrorist attack will hit Pakistan in November. And shockingly, the attack did happen.

On December 1, a band of terrorists cloaked in “burqas” attacked Agricultural Training Institute (ATI) in Peshawar, killing 13 people and injuring over 30 others.

The astrologer later tweeted that the prediction was accurate, but he also acknowledged that he was off by one day.

Next, he made another mind-boggling prophecy by tweeting that as many as 5 terrorist attacks will ht Pakistan until February 2018.

#PeshawarAttack Right prediction but error of a day. Next prediction is Pakistan will go through 5 major terrorist attacks till mid February. https://t.co/6LKH055Wtq

These predictions have caused a furor and panic among Pakistani lawmakers who are now accusing Indian intelligence agencies of being involved in all the attacks.

Apparently, this astrologer also foretold a terror attack in U.S.A & it came true!

https://t.co/SsDaLsRoRj Why so much panic on an astrologer in Pakistan? I have predicted about earthquake, elections and sports too. If i was from any agency why i would have alerted you? My prediction of terrorist attack on USA came true as well. @etribune @timesofindia pic.twitter.com/Ad9Jrp2fWz

Biggest incident of 2018 will be the leakage in a nuclear reactor due to technical fault. This will prove to be a historical event which will teach humanity a lesson. @WHO pic.twitter.com/RMM3Ija12A

Are these real prophecies or just mere guesses by the astrologist, let’s wait and watch!