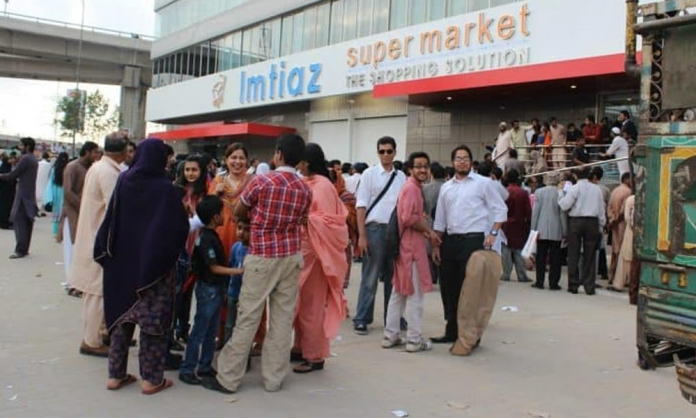 24th April 2020 Update: As many as 6 superstores have been sealed in Karachi for violating SOPs issued by authorities to encourage social distancing in superstores to prevent the spread of the novel coronavirus!

Reportedly, authorities shared that these superstores were also over-charging customers as well. 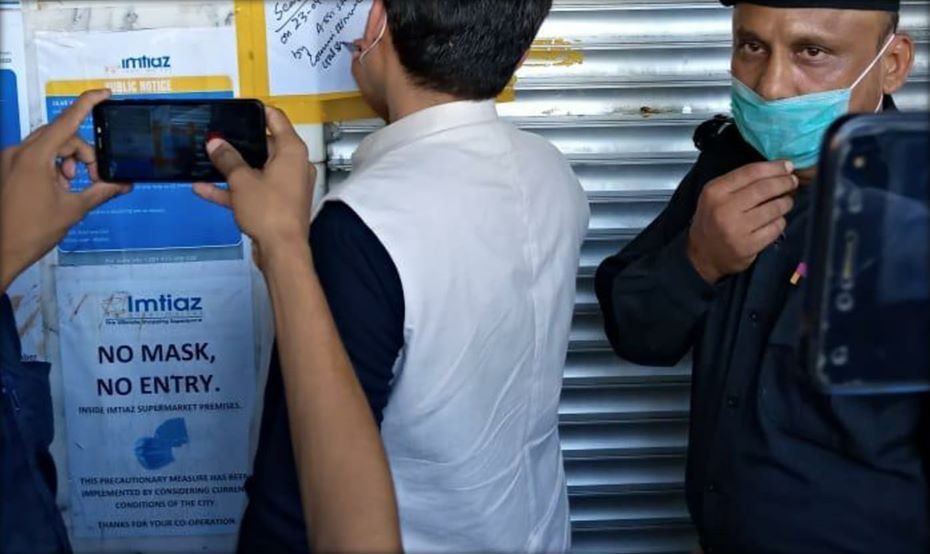 These stores were sealed by respective deputy commissioners on the directives of Karachi Commissioner Iftikhar Shallwani.

Gulshan Town Assistant Commissioner (AC) Ali Gopang said that this was the second time they had sealed the supermarket chain’s stores. “Repeated warnings were given to the Imtiaz Supermarket ever since the sealing of their Gulshan branch earlier this month for the first time. No one was observing social distancing there.”

Shallwani said they would seek proper affidavits from the sealed superstores before allowing them to reopen.

According to reports emerged on a private TV channel, the Sindh Food Control Authority’s team conducted an inspection at the DHA branch of Imtiaz supermarket on January 24th.

During the raid, the food officers found a bulk quantity of unhealthy meat on the freezers of DHA branch. The team, on the store, also found cans of soft drinks that were out-of-date.

An official of the food authority told the media that the supermarkets stored bulk amounts of chicken and mutton for selling purpose and the condition of the meat stocked was smelt bad.

The authorities of the superstore have been fined thirty thousand rupees and were directed to improve cleaning condition within seven days; otherwise, strict action would be taken against them. The food authority will also make a check-and-balance after the deadline.

The Imtiaz Super Market is one of the biggest retailing store corporations that operates as a chain of supermarkets, discount department stores, and convenience stores.