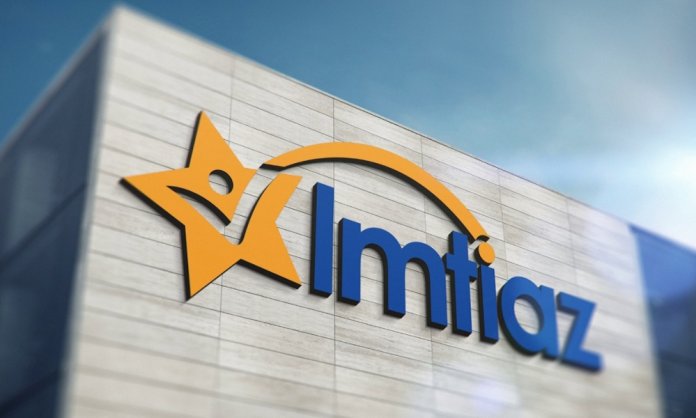 Imtiaz is a well-known retail giant storming in business with massive sales and a customer base, backed with 7000+ employees and 400K+ loyal customers across Pakistan.

The success story of this company dates back to 1955, and since then, never-ending hard work empowered it to gain the title of the fastest-growing retail chain in Pakistan.

Mr. Imtiaz Hussain Abbasi, created this historic story motivating individuals to dream big, setting a practical example of business growth. Today it stands with 11 branches and is soon to add 10 more to its ever-growing chain.

Imtiaz has always managed to improve the way it operates considering customer’s ever-changing shopping needs. Hence, this time again it realized the need to present itself with a revamped image. This called for the company to evolve as the #NEWONE, following a change in the logo as an essential part to incorporate new values visually as well.

The previous logo had a shopping trolley, which was a trademark of Imtiaz Super Market’s phenomenal retail chain embodying the mission and vision of serving customers with the best services. Revamping its identity as the #NEWONE, its logo image was a big part as it planned to be perceived more than just a supermarket positioning itself as a HOME STORE.

The new logo symbolizes all values that reflect a new vision of Imtiaz including; Star – embracing change and excellence, Happy Customer – valuing customer and stakeholders, Tick – righteous business ethics, and an Arch – symbolizing strength and support.

With this evolved look Imtiaz is also highlighting the unknown fact that it is comprised of three store formats; Imtiaz Mega – where you get a wide assortment of categories, a Imtiaz Super Market – to help you get everyday items with ease, and Imtiaz Xpress – a 24/7 convenient store facility. These formats offer convenience with an unlimited range of services. All in all, this is a new look and a groundbreaking identity that underlines greatness. The new logo is already making waves on all digital channels, gaining popularity for its evolution.

Another good news is that Imtiaz amongst its upcoming projects is also soon to launch multiple branches in the Punjab region. One of its MEGA launch anticipated by customers is in Islamabad on the 21st of August.

This Mega Store is expected to have all sorts of products, from household to fashion all under one roof, including facilities of the biggest parking space, wheelchairs accessibility, and much more. Islamabad’s mega launch is followed by two nearing launches in Lahore, a part of its series of branch launch plans in the pipeline.

Imtiaz has set an example by embracing change in the area of acquiring advanced tools, values, and technology to offer better services to customers via competent strategic plans.

We hope the best to come from these major moves Imtiaz has made to evolve itself to be the best of the best in the retail industry. For more information, we have all our latest updates on our social media forums where Your Opinion Matters!

Tesla Driver To Be Criminally Charged For Falling Asleep On Autopilot

5 Captivating Places Pakistanis Can Travel To This Winter!

Khalil Ur Rehman Questions Women If They Took Permission For Protests