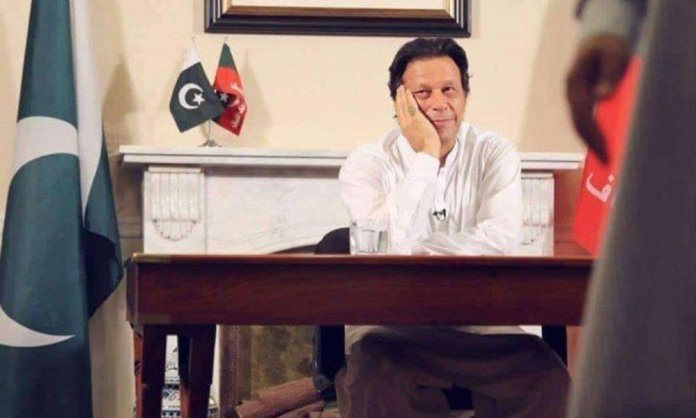 Pakistan Tehreek-e-Insaf (PTI) spokesman Fawad Chaudhry said after getting the backing of other political parties, as well as seats reserved for minorities and women, Khan’s party was in a position to “comfortably” form the federal government.

“We currently have the backing of 168 members including coalition parties and the reserved seats for minorities and women and we are in talks with more independent candidates who will join us in the coming days,” he told journalists in Islamabad.

PTI has reached out to regional parties and independents to get the required number of seats to form a government.

Talking to journalists after a meeting, former prime minister Yousuf Raza Gilani said the parties had agreed in principle to form a strong opposition both inside and outside the parliament.

Representatives of the three parties said they will issue a white paper about alleged election rigging.

No date has yet been set for protests announced over the weekend by parties including the PML-N.

The prime minister in waiting, World Cup cricket hero Khan faces a difficult road ahead as his relatively inexperienced party grapples with an economy inching toward crisis and security issues on Pakistan’s borders.

Indian prime minister Narendra Modi has spoken with Khan to congratulate him on the election result, and “reiterated his vision of peace and development in the entire neighbourhood”, Modi’s office said Monday.

Analysts had said it should be straightforward for Khan to form a coalition with independents and small Islamist parties, as they know he is favoured by the powerful military.

But he has already created unease by pandering to Islamists during the campaign, and such a coalition could fuel fears his government will cater to the religious right.

The Muttahida Qaumi Movement (MQM), Pakistan Muslim League-Quaid (PML-Q) and regional groups based in Balochistan and Sindh are among those to join forces with Khan, spokesman Chaudhry said.