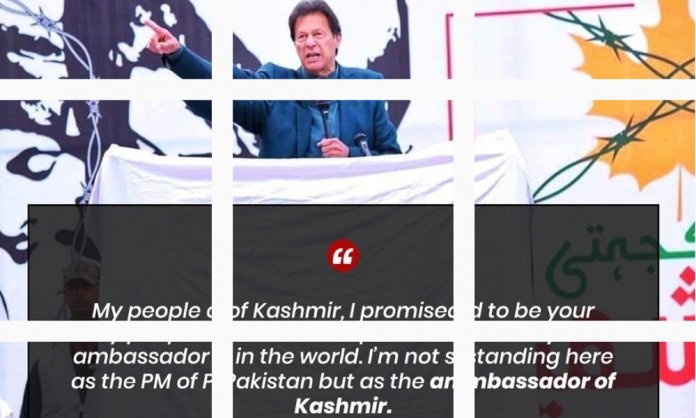 Prime Minister of Pakistan, Imran Khan‘s Instagram account went all Kashmir today after a successful visit to Azad Jammu and Kashmir (AJK) where he addressed a public rally.

The full-screen image also states a quote from PM’s speech from yesterday at AJK. Khan said, “My people of Kashmir, I promised to be your ambassador in the world. I’m not standing here as the PM of Pakistan but as the ambassador of Kashmir”.⁣ 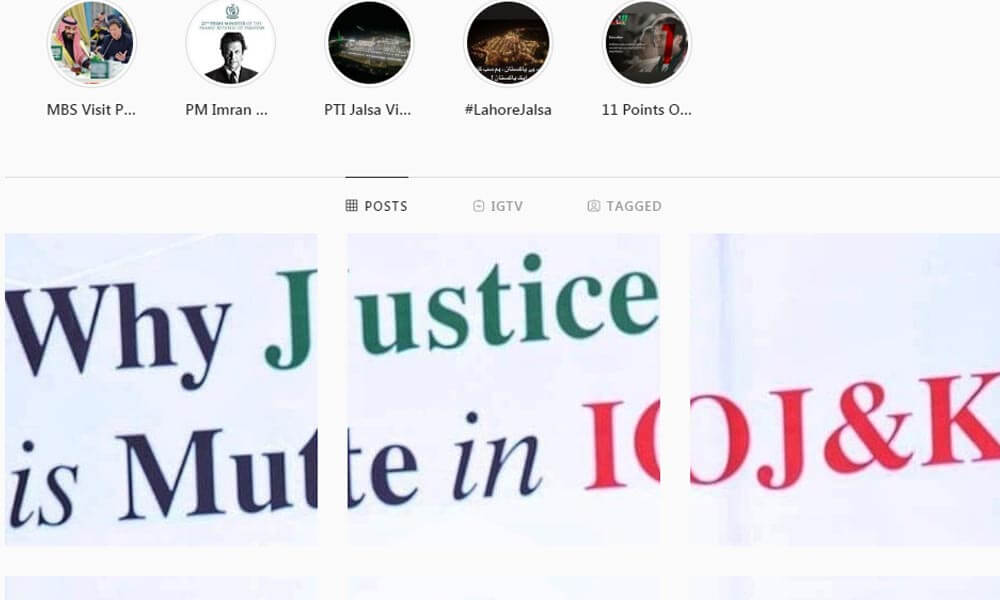 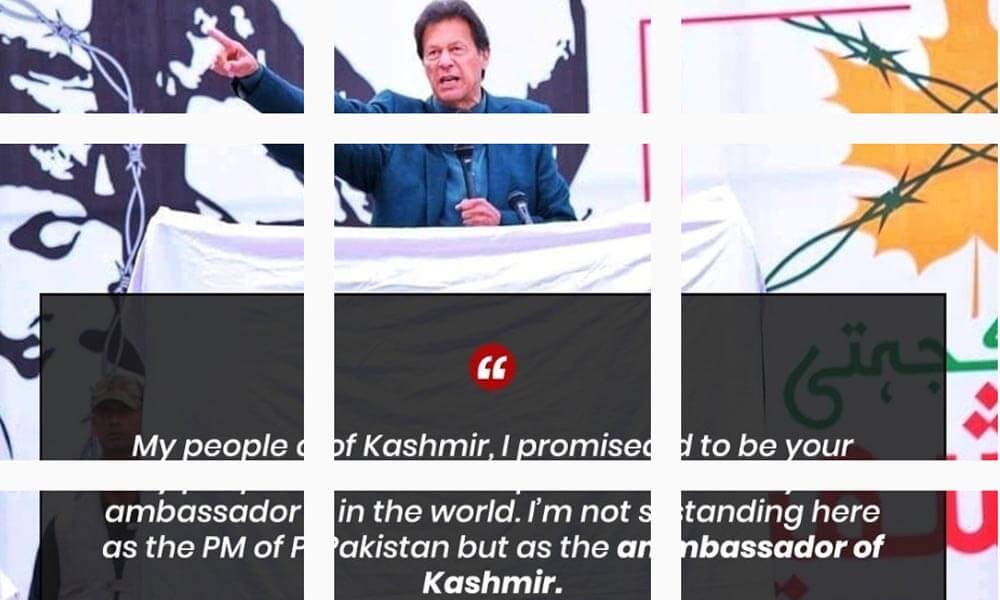 After the August 2019 revocation of Article 370 in Indian occupied Jammu & Kashmir, Prime Minister Imran Khan termed himself as an ambassador of Kashmir in the world and he advocated the Kashmir case to the world leaders internationalizing the Kashmir issue like never before.

“I will become Kashmir's voice, its ambassador” #PMIK Prime Minister Imran Khan was presented traditional Kashmiri attire by the #Kashmiri leadership during his visit to Muzaffarabad.

Earlier Khan had also expressed his views regarding how serious the issue of Kashmir is at the World Economic Forum in Davos in front of World leaders.

“Kashmir is, you know, it’s a far more serious problem than people realize, (than) the world realizes. The problem is that India has been taken over by an extremist ideology, which is called Hindutva or the RSS.”

“This is serious because there are two nuclear-armed countries,” Khan added.

“That’s why I want President Trump, head of the most powerful country in the world — he should intervene right now. United Nations, or President Trump through the U.N. at least.”

Earlier today, PM @ImranKhanPTI attended #KashmirSolidarityJalsa at Mirpur. While addressing a huge crowd, PM said that ‘I’m standing here not as PM of Pakistan but as Ambassador of Kashmir’. He also said that Along with AJK, entire Pakistan is voicing the Kashmir issue pic.twitter.com/zb0krR7xIa

Khan encourages Pakistanis to join hands with him in the fight for freedom in Kashmir.