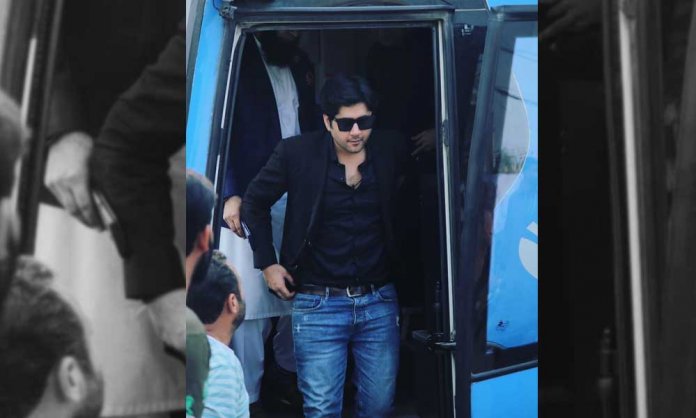 Drama serial Ehd-e-Wafa is quite popular amongst the masses right now. It has managed to develop a significant fan base since it first aired.

A story about four college friends who meet at Cadet College in Murree, Ehd e Wafa is about true friendship, love, and patriotism.

Also, the gen-y audience who has seen Alpha Bravo Charlie is always comparing the two dramas as Ehd-e-Wafa has similar vide.

Recently the new character introduced in the drama has gathered a lot of fandoms apart from the four friends.

The serial has kept the audience hooked! The actor Imran Ashraf also took Twitter to express his views about the drama. The actor wrote, “Maza a gaya Gulzar what a performance.”

Yes, Gulzar is the new character that has kept the audience on the toes with such realistic but thrilling performance. He is also fond of singing which usually lends him in hot water with Saad, his roommate. Imran’s tweet caused a bit of a stir and comments started pouring under his statement! Scroll down to and check out the responses.

Some people agreed to what he said

His dialogue delivery is superb

His acting is fabulous the way he speaks is awesome , A born comedian.

If you are liking him then he is outstanding❤️🌹🌹

That would’ve been interesting right? Thoughts?

True bhai he is fantastic 🤗

Imran Ashraf’s role as Bhola in ‘Ranjha Ranjha Kardi,’ was lauded by everyone and if an actor that talented has a certain liking for Ehd-e-Wafa – then its certainly something.

Imran has signed his debut feature film – Dum Mastam – which is a romantic-comedy, directed by Mohammed Ehteshamuddin of Superstar and Aangan fame and penned by actress Amar Khan.

Shuker Alhamdullilah Thank you 1.1 million family members I love u all Pc @Bizekhan

The drama serial is a breath of fresh air in a plethora of television plays about societal taboos and family issues. Ehd-e-Wafa seems relatable and has struck a chord with viewers who have lived in a hostel. It evokes nostalgia about good-old-days and how it feels to be naïve and impulsive.

Have you been watching Ehd-e-Wafa? Tell us about your favorite character in the comments below.