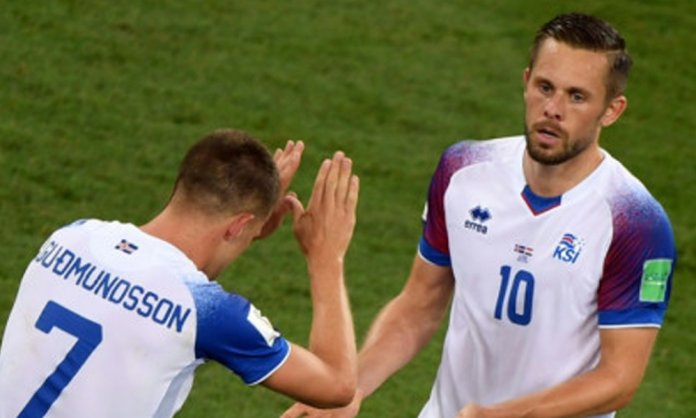 Gallant Iceland headed home heartbroken but unbowed after a premature end to their first World Cup adventure, ruing what might have been after a narrow defeat by Croatia.

Gallant Iceland headed home heartbroken but unbowed after a premature end to their first World Cup adventure, ruing what might have been after a narrow defeat by Croatia.

Iceland caught the public imagination with their fairytale run to the quarter-finals at Euro 2016 in France and waltzed through qualifying for Russia, topping their group, which included Croatia.

At the World Cup they held their own in a section that also featured Argentina and Nigeria but were left to regret a string of near misses in their final match before Ivan Perisic sealed their fate with a last-minute winner on Tuesday.

“It’s sad to go out after that performance. We had more inside us and thought we would go further in the tournament,” said Sverrir Ingason.

“That was our best game of the World Cup, we had many chances to score,” added the defender, whose second-half header hit the crossbar.

After Milan Badelj put Croatia ahead early in the second half, a Gylfi Sigurdsson equaliser from a penalty meant the Nordic side were a goal away from their first-ever World Cup victory and a berth in the next round.

“We left everything on the pitch today. We go home proud from our first and not last World Cup,” said striker Alfred Finnbogason on Twitter alongside a picture of his shot which whistled past the post.

“We had chances to win it so of course there is a disappointment,” said coach Heimir Hallgrimsson. “But we did everything we could. If you do that you shouldn’t be disappointed. We can look each other in the eye, hold our heads high.”

Thousands of fans traveled to distant Russia from the tiny nation — with a population of just 330,000, the smallest ever to qualify for a World Cup — while almost 100 percent of TV viewers were reported to have watched the games.

Hallgrimsson praised the close bond with their fans, famed for their so-called “Viking thunder-clap”, and said during the past six years the team had found its identity.

“We have really found our way. Everybody is on board in terms of football style, in character and values, and how we should behave as national team members,” he said.

Iceland drew their opening match 1-1 against Argentina before losing their second game against Nigeria 2-0.

Goalkeeper Hannes Halldorsson, who saved a Lionel Messi penalty in the Argentina match, said he was optimistic about the team’s prospects.

“There is a bright future ahead,” said the 34-year-old goalkeeper, who is also an accomplished film-maker, one of several members of the team with another job.

The World Cup was a “great experience, albeit bittersweet having been so close,” Iceland football association official Omar Smarason told AFP.

It was “one big chapter in the ongoing and rising history of Icelandic football. Success is not a destination, it is an endless journey. We hope to continue that journey for as long as we can,” he said.