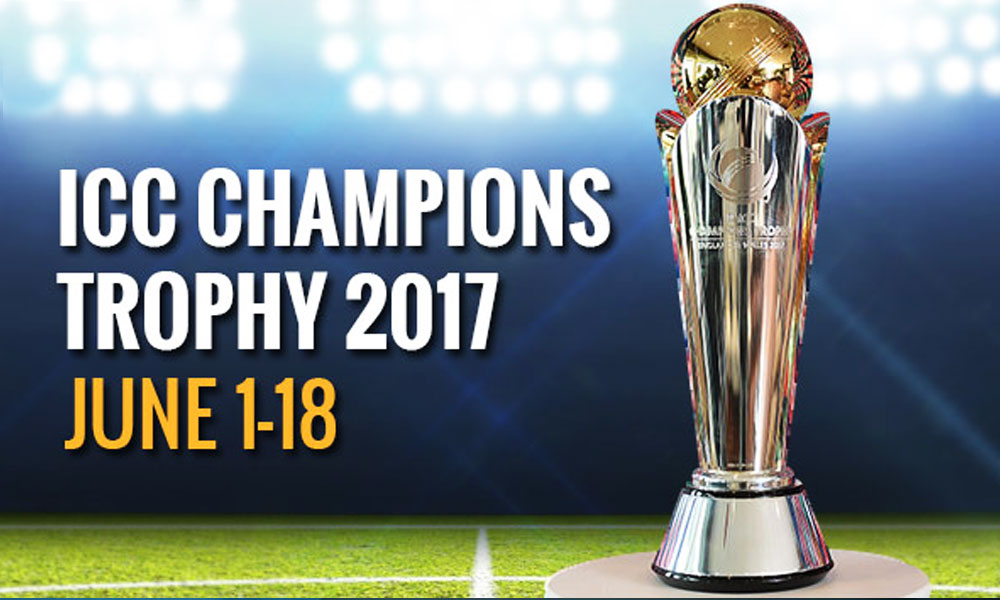 The ICC Champions Trophy is a One Day International (ODI) cricket tournament organised by the International Cricket Council (ICC), second in importance only to the Cricket World Cup. The cup started in 1998, and the 2017 tournament is to be hosted by England in June.

The tournament will take place between 8 major cricket teams including Pakistan, India, Australia, New Zealand, Sri Lanka, Bangladesh, South Africa, and the hosting nation itself. Here’s everything you need to know about ICC Champions Trophy 2017: You can purchase tickets at www.championstrophy.tickets.icc-cricket.com. However, before you can browse, you will have to create an account, if not existing. There are also some rules and regulations which need to be followed. Sky Sports have exclusive rights to the tournament and will be broadcasting every game live – and they will be live on Five Live Sports Extra on radio.

England and Wales will host the 2017 ICC Champions Trophy. The West Indies team, for the first time, didn’t qualify for the Champions Trophy after they failed to be among the top-eight in the ICC ODI Rankings by 30 September 2015. Bangladesh will return to the tournament in 11 years since their last appearance in 2006.