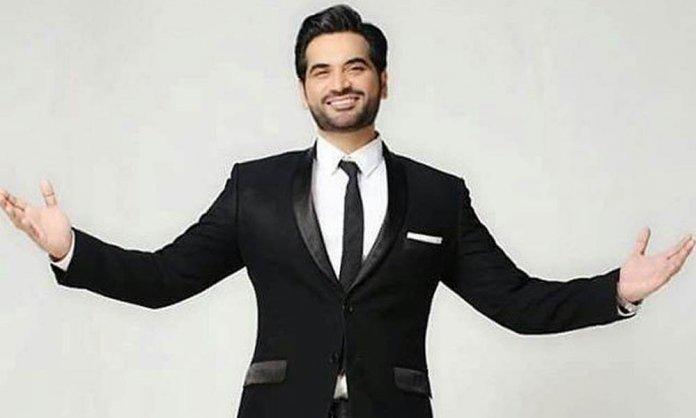 Social media users are no strangers to internet trolls who love commenting and bullying people just for a few laughs.

And it seems that our Pakistani actors are no different from the other users out there. Recently, Humayun Saeed was trolled on Instagram for promoting the upcoming Pakistani film ‘7 Din Muhabbat In’.

The actor was sending a friendly shout-out to Shehryar Munawar’s character ‘Tipu’ in a dramatic way, giving the hero some epic tips on how to woo a girl. But some keyboard warriors just ruined the filmi video by posting mean comments underneath the post.

Although there were many who were seen complimenting the actor and “drooling” over his good looks and acting skills, one follower just couldn’t resist himself from commenting.

Replying to the video, he wrote:

However, instead of taking offense, the uber-savvy actor replied to the “fan” with his typical sense of humor. 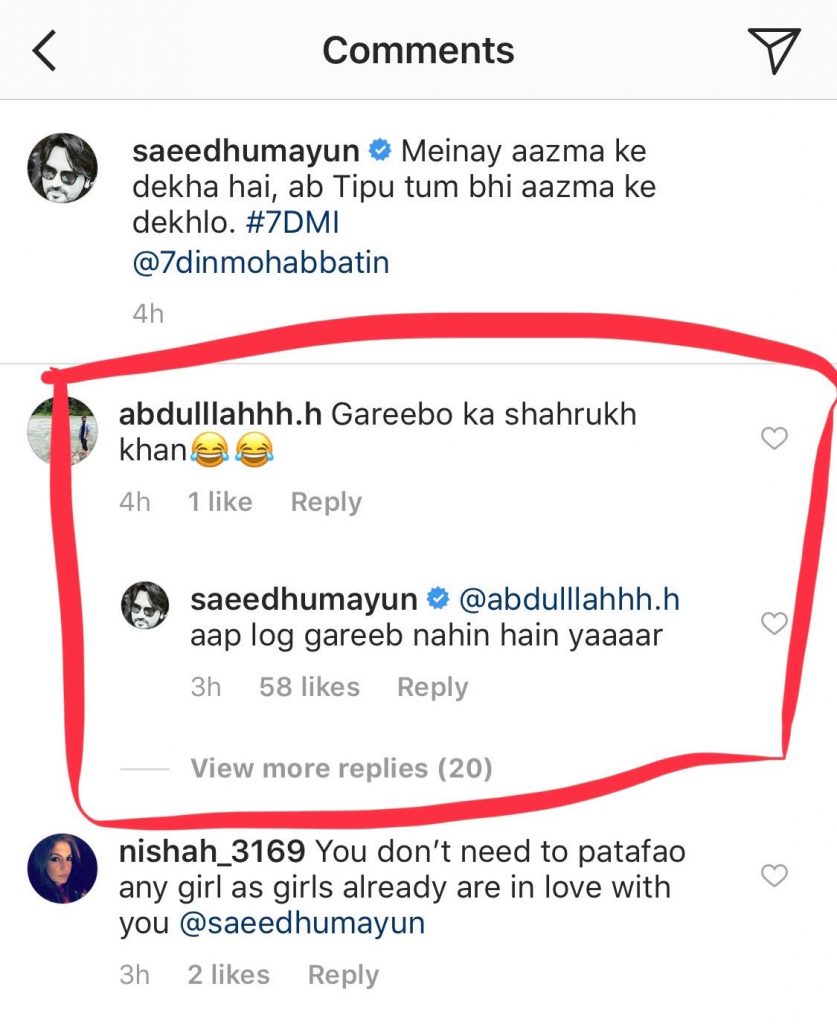 That’s not all! It seems that there were others too who apparently shared the same view of the user and voiced their opinion on the actor and the above video. 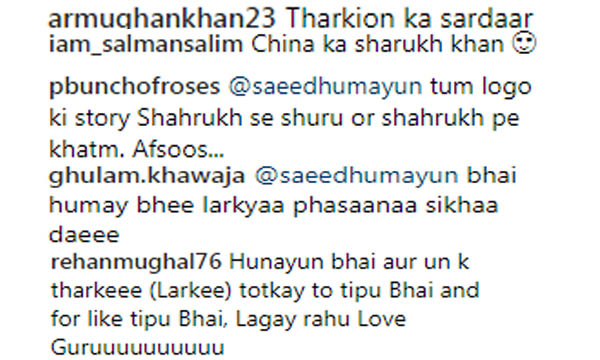 But while there were haters, others were seen supporting their favorite actor through their comments. 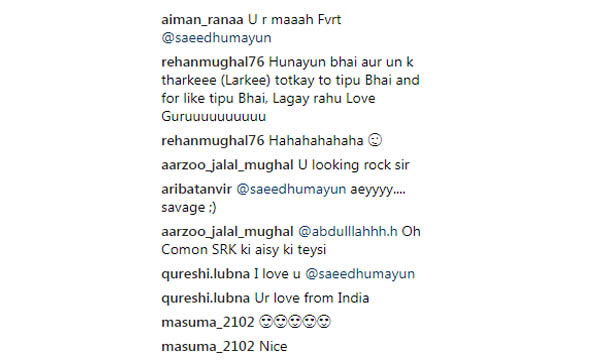 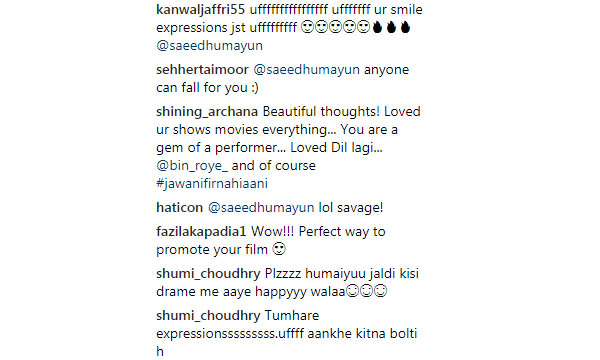 What did you think of this video? Let us know in the comments below.