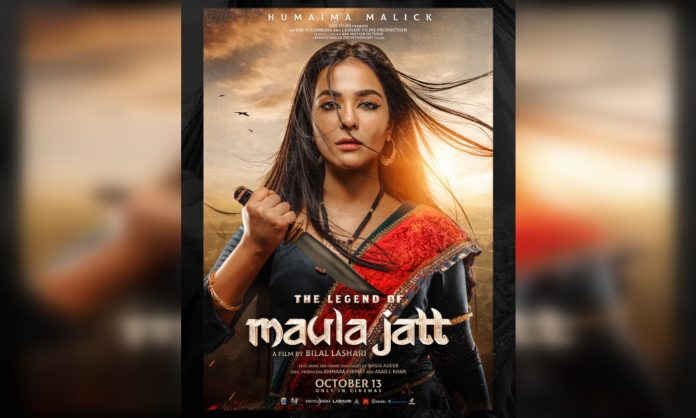 22nd September 2022: Humaima Malick’s character poster as Daaro for ‘The Legend of Maula Jatt’ has finally been revealed for the audiences. Previously the team had unveiled Fawad Khan, Hamza Ali Abbasi & Mahira Khan’s character poster with the release of the movie set for 13th of October drawing closer.

Humaima Malick’s character poster presents her daring persona in TLOMJ, with dark eye make up and nude lips, talis-man-inspired jewellery and a dagger to compliment her look.
The actress will be seen playing a strong, bold woman, something that was not common during that time period. Audiences are excited to see the way Humaima will be portraying this role and the styling and make up add characterisation to her role. 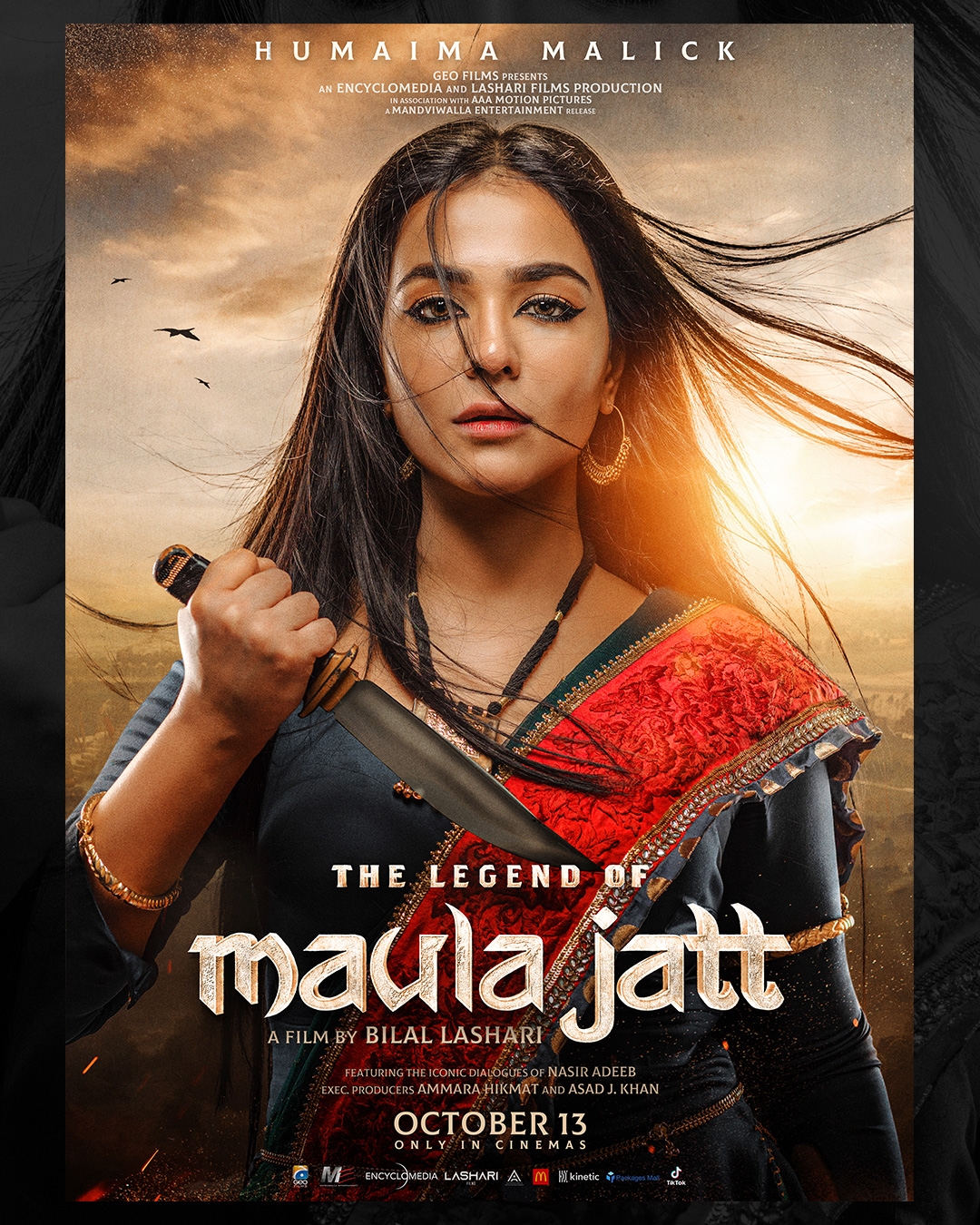 The Legend of Maula Jatt is one of the most expensive films to come out of Pakistan, with international standard VFX expertise and one of the most expensive ensembled star cast. The film has been directed by Bilal Lashari who is well known in the film industry for his directorial debut with ‘Waar’ and produced by Ammara Hikmat under the joint venture of Encyclomedia & Lashari Films in association with AAA Motion Pictures. With a screenplay by Bilal Lashari and dialogues by Nasir Adeeb, TLOMJ is a hard reboot of the original 1979 ‘Maula Jatt’. Mirza Gohar Rasheed, Ali Azmat, Faris Shafi are just a few of the many other stars who are a part of the film.

The filmmakers have partnered with Pakistan’s largest media group and an important contributor to Pakistani cinemas revival, Geo Films as their presenting partner. The film will be distributed locally by Nadeem Mandviwalla of Mandviwalla Entertainment who is well-known for his devotion and the contribution to the Pakistan film industry while MovieGoers Entertainment will distribute the film internationally.