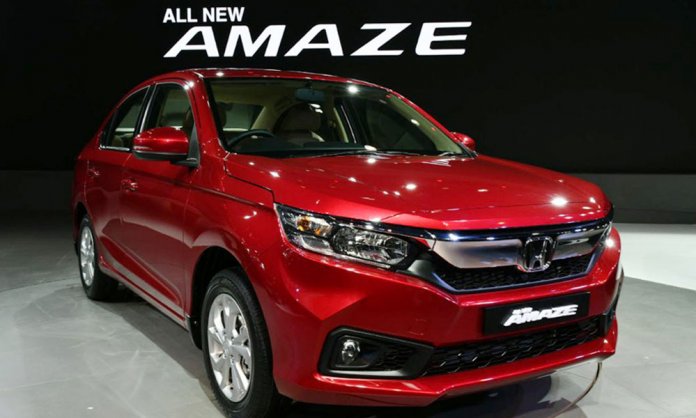 The 2018 Honda Amaze made its debut at Auto Expo in India. The company also said it will be followed by the launch of the CR-V, which will get a diesel engine and Next Gen Civic.

The Amaze has been built on a new platform and has different design cues from the existing car and was unveiled at the Auto Expo 2018. 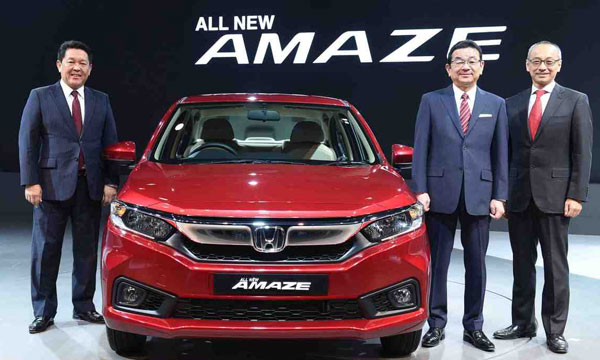 Honda at the event said that the new CR-V will be introduced in the country with a Diesel powertrain alongside the petrol-powered model.

The new CR-V features a refreshed and edgy styling with the LED treatment given to both the front and the rear lamps.

The front grille now looks more aggressive and completes the package with a sporty-designed alloy wheels. Honda claims that new CR-V is more spacious and comfortable that the outgoing model.

Here’s the unveiling of the @HondaCarIndia 10th generation #HondaCivic along with the annonucement of the #AllNewAmaze at the #AutoExpo18 pic.twitter.com/ulzx7M2jho

The Amaze looks like a proper sedan now, unlike the previous generation, which looked an odd boot-fitted version of a hatchback. At the rear, the car looks very sporty for a sub-4 meter sedan. The C-shaped tail lamps are again synergized with the Honda family.

Between them, is a chrome garnish with the Honda logo in the middle. The area for the license plate has an inverted shape just like the 10th gen Civic. The bumper and tailgate have a sharper design, and there’s a boot lid spoiler to give the small sedan a dose of some more sportiness.

“In 2017, Honda provided our products and joys to over 30 million customers around the world. We are committed to the Indian market and aim to launch six models in the coming three years. Today, we announce three of these models – all new Amaze, CR-V and much awaited 10th generation Civic which will be launched in FY 18-19,” said Takahiro Hachigo, President and Representative Director, Honda Motor Co Ltd

“HCIL has shown robust sales growth of 15% in CY 2017 and 17% in the year 17-18 so far. While the new Amaze will strengthen Honda’s presence in mass market, the new CR-V with its direct introduction and comeback of Civic will help us fortify our presence in upper segment,” said Yoichiro Ueno, President and CEO, Honda Cars India.

Here are the three new cars unveiled by @HondaCarIndia at the #AutoExpo18 The #AllNewAmaze, #Civic and the new Honda CR-V pic.twitter.com/eW2JkPd0Qv

We are yet to see if Honda launches the 2018 Amaze in Pakistan or not.