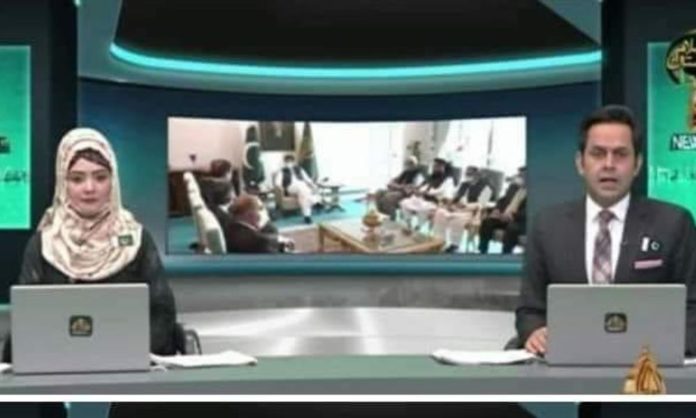 What women should and shouldn’t wear has been the topic of discussion for decades. As the world moves on to talk about giving equal opportunities to women, giving them rights and the liberty to feel act free, Pakistan is still stuck on the debate whether our anchors should wear a hijab or not.

Previously, many such instances have occurred where questions were raised about anchors not wearing hijab on national television. However, the latest tweet shared by Fawad Chaudhry has started the debate once again. As he mentioned that,

“Wearing Hijab or no Hijab is a personal choice. We cannot enforce any such dress code on our anchors and presenters.”

Wearing Hijab or no Hijab is a personal choice we cannot enforce any such dress code on our anchors and presenters https://t.co/N2vzbuqFi8

Whether a woman should wear a hijab is her personal choice. Hijab is not just a piece of cloth. It’s a lifestyle, and if one cannot give it its due respect, it’s better to not accustom to it in the first place. However, the debate does not stop here. According to netizens, since Pakistan is a Muslim state, the representation of this state on media makes them obligated to follow the code.

Let’s take a look at what people have to say about the decision,

PTV is not your personal. Its state's TV. And Pakistan is an Islamic State

As per Quran, it is not personal choice sir. It shd b implemented by Islamic Law n Quran is a supreme law as per our Constitution. pic.twitter.com/XbnqDLcg28

Hijab should be made mandatory as per Islam and Quran. However, it makes us wonder, are we living in an Islamic state abiding by all the rules of Islam after what happened at Minar-e-Pakistan on 14th August?

Why do all the arguments start and end with what women should and shouldn’t wear? Even in progressive countries where women are forced to remove the Hijab, they are wrong too. One’s beliefs, customs, and ideas should be bigger than trying to moral police someone else solely based on religious obligations because at the end of the day the matter is between them and their God.