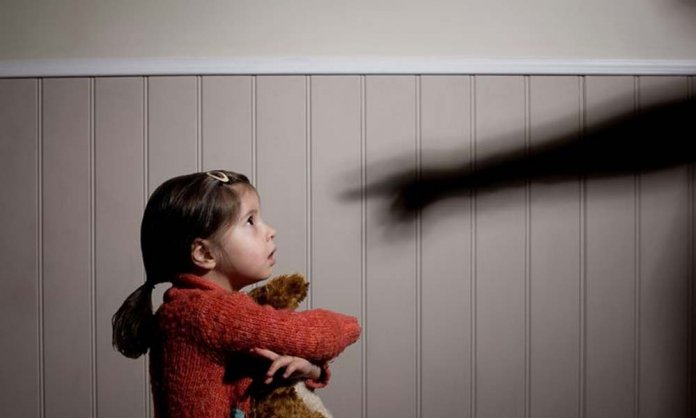 The beautiful child who was not less than a talking parrot and free like a butterfly flying from one flower to another had a sudden change of personality. She was no more that vibrant, cheerful and lively. She was now frightened, guilty, and even began stammering in her speech.

The unusual change was observed by teachers and parents too, but nobody could understand the reason. Her mother thought it might be because she is growing up and entering teenage. The change was discussed among family and friends for a few days and then everyone got busy with their daily routines and nobody bothered to identify the problem or a solution.

“Is it really YOUR test paper?” cried a father angrily. Instead of looking at and observing the nervous hands and painful eyes of the young boy, the father hit him with a slap and scolded the mother for her negligence towards him.

The mother, on the other hand, had another story to tell. According to her the significant negative change in the diet, hobbies, and moods of the boy were actually a result of too much affection by dada & dadi (grandparents). The discussion was soon converted into a quarrel and, as always, reached no solution.

It was a party in a relative’s house and everyone was happily getting ready, but Amna was not agreeing to go to that house. She wasn’t able to back her refusal with a logical reason but she was continuously requesting her parents not to take her with them as she never liked the people there… especially uncle Saleem.

But the parents were not listening to what she was trying to tell them and, at last, she had to leave with them.

The scenes discussed above are very common and happen almost in every home.

Sometimes, parents forcefully tell the children to do as they are told, sometimes punishments are given, sometimes the matters are neglected and so on. But there is a crucial need to talk about that sudden shifting of moods, emotions, habits, and likeness in children as it can be a case of Child Abuse!

We feel shy to talk about such topics and we think that we are so responsible and caring towards our children that nobody would dare to do such a thing with our children. But we all need to come out of our little bubble and find out if our child is suffering or has become a victim.

Child abuse can be of different types.

It is negligence towards the needs and necessities of the child’s basic rights.

It can be unfair or unacceptable behavior commonly displayed by the caregiver, guardian, close relatives, a teacher or a guide, step-relations, or even by the parents of a child.

Also known as child molestation, it is an immediate forceful and undesired touch or a gesture or behavior done with a child.

It includes an intentionally sexual touch especially by an elder or a powerful person on a weaker or younger person. It may also include acts like beating, kicking, slapping or harassing or any kind of unwanted contact, kissing, or penetration.

However, it is not limited to physical acts only. It can also include acts like expressing cheap gestures, exposing nudity, vulgar videos or audios and sharing nasty stuff.

It is most commonly done by an older person, an adult, an adolescent towards a child, an immature person, a vulnerable personality or a weak individual.

The person who does such things can be anyone and more often than not they are very close relatives like uncles, neighbors, family friends, mates, or trainers.

It is also known as psychological abuse. It can be a threatening attitude, frequent torture, non-stop use of cheap language, abuses, frightening and encouraging phobias or any mean act or behavior that can cause any psychological trauma or mental disorder, or anxiety or chronic depression, or traumatic stress or emotional grief to the victim.

Now the question that arises is, how should such situations be handled?

Here are some tips for parents and guardians which they must follow to avoid making their children a victim of any such thing.

Keep a time which is relaxing and work-free to have a friendly chat with your children about their schedule, friends, peers, work routine, surroundings, and encourage them to share more and speak bluntly.

Listen to them carefully and ask questions about what they like and what they don’t like. Share your experiences also to make the children comfortable to talk to you but keep your focus on listening.

The best time for this is during a drive, before sleeping, at the dining table, during evening tea, and so on.

Tell them about good touch and bad touch; good people and bad people; good gestures and bad gestures. Give them knowledge about their private parts and tell them why their privacy is important.

Talk with them about adultery issues and changes in our body brought with puberty.

We hope to see a better change in the society and expect every child flourishes with happiness and health.