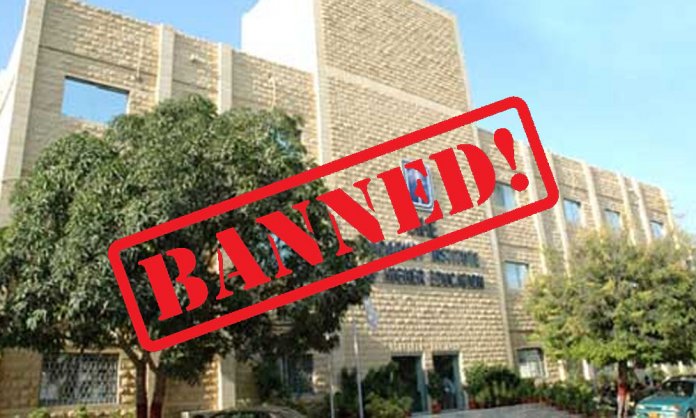 Higher Education Commission (HEC) has banned admissions in two major universities of because of their irregular operations, mismanagement and setting up of illegal campuses.

The Universities Rusticated By HEC are:

Reason For The Ban

Apparently, these institutes violated standards for quality set by the educational watch-dog. HEC was receiving complaints of irregularities in educational and administrative affairs

Hence, these institutes cannot permit any student an admission in their unapproved and unaccredited faculties, departments or programmes. Degrees of banned programmes will not be recognized and attested by HEC.

Earlier, HEC has banned admissions in four universities hailing from Karachi, Azad Jammu and Kashmir and Lahore because of their irregular operations and mismanagement.

Following were the universities earlier banned by HEC:

Beware: Do not get admission in the institutions stated below pic.twitter.com/fdcv83km8J

Parents and students have been warned not to take admissions in these institutes because of the faults discovered in their management.