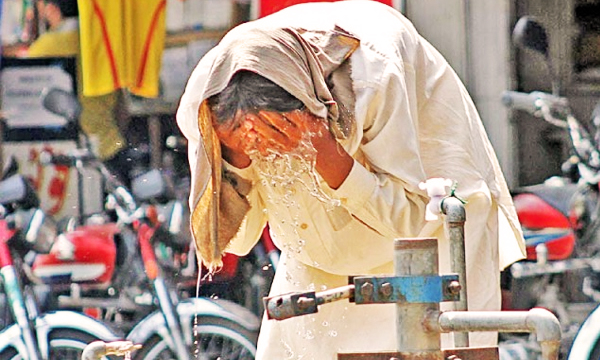 The summer season has just kickstarted in Pakistan and the city of lights ‘Karachi’ is already boiling! The rising mercury levels show no sign of declining anytime soon and the citizen

Over the weekend, the Pakistan Metrological Department (PMD) had issued a warning for a bumper week of hot weather. The ongoing-heatwave will take temperatures to as high as 44-45 degree Celsius. The climate has become more unbearable all the more in the absence of sea breeze.

Already on Sunday, the city was baking at 44 degrees Celsius, making it the highest temperature recorded in Ramazan, reports the Express Tribune.

Following is the 3 Day Forecast in Karachi, as released by PMD 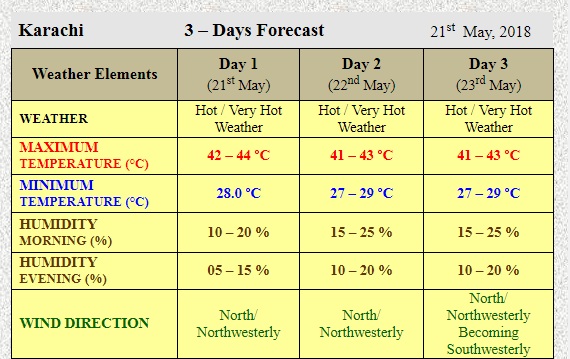 The series of prolonged and unannounced power outages have become a nuisance for Karachiites.

Citizens were forced to have their Sehri in the dark, as load-shedding for as many as seven hours was reported in various localities of the city.

However, as per the latest update by K-Electric, the situation is improving and electricity is gradually being restored in the affected areas.

Water Crisis at its Peak

With sizzling heat and ongoing power breakdown, fasting in Ramadan has even become hard for citizens with extreme scarcity of water in the city.

According to Geo News, the falling water level of Keenjhar Lake has resulted in a crisis in Karachi.

The citizens of North Nazimabad, North Karachi and SITE  are suffering the most, with water being absent for the for the past 20 days in the areas.

In light of the adverse situation in town, Board of Intermediate Education Karachi has delayed exams that were to be held on 21, 22 and 23.