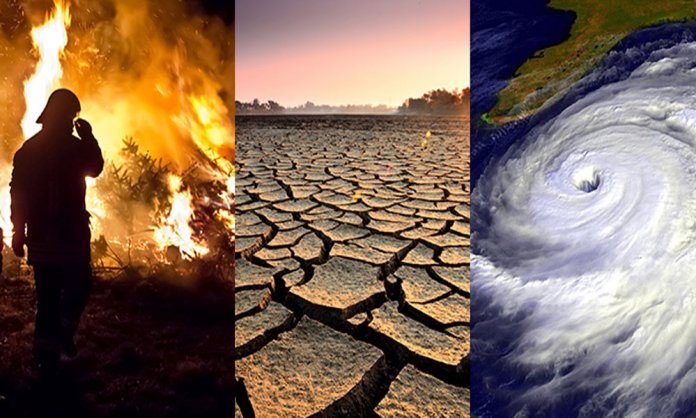 The recent effects of climate change have engulfed major continents currently with many nations suffering through a spree of heatwaves.

Countries like the United Kingdom which generally have colder temperatures are facing one of the hottest summers in the country’s history. 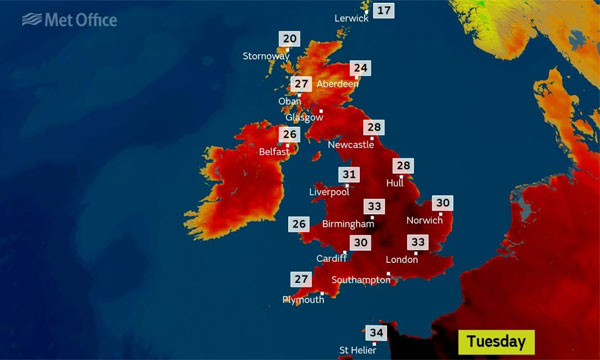 In fact, the heatwave in the UK is said to be so severe, that it might even impact food supplies. The farmers have already warned of a “Genuine shortage of crops”.

Fresh vegetables stop growing when the temperature increases, but with their demand already souring, wholesalers are now buying foreign products to fulfill the shortage.

There is also a lack of rainfall in the country, the last time it rained in SouthEast England and East Anglia was on the 29th of May. This has led to many green pastures turning yellow. 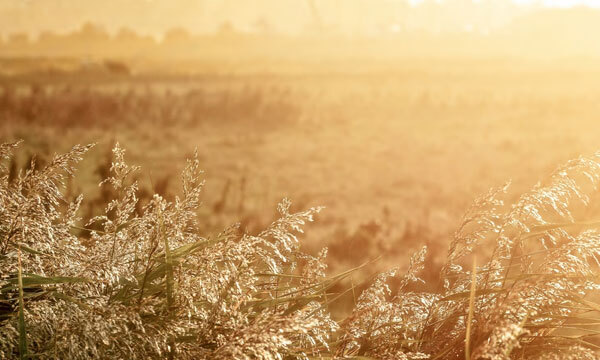 This summer the dry period, which according to the Met Office means rain of less than 1mm, has stretched for a staggering 55 consecutive days (May 30 – July 23)

Heathrow has suffered most in this period, only receiving a lowly 0.4mm. Hampton Waterworks in South London received 0.66mm rain while RAF Kenley in Surrey got only 1mm rain.

The last time the UK received a summer this hot, was back in 1976.

”76 is the yardstick we always fall back on because it was such a remarkable heatwave and drought – it’s one of the standouts in our records.” Mc Carthy, Met Office. 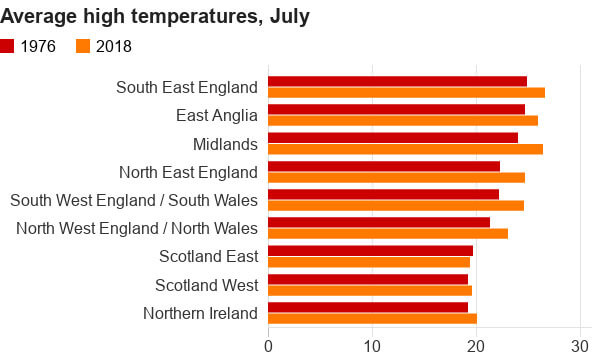 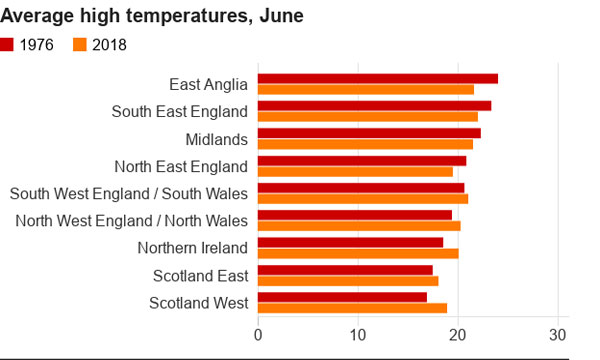 The situation World over 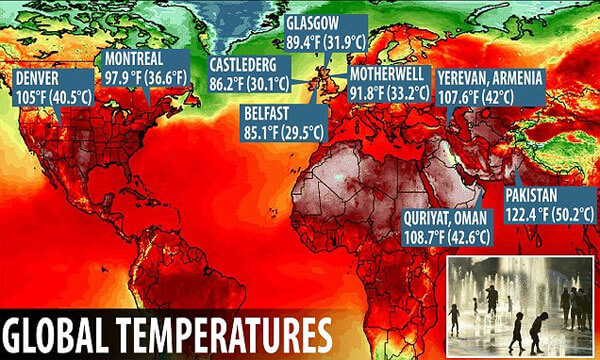 This phase of a heatwave is not stopping anytime soon in the UK, and it is expected to continue on until October.

In other parts of the world, temperatures are soaring. In the past month, California has witnessed severe power shortages whilst the demand for air conditioners has also risen in the state. 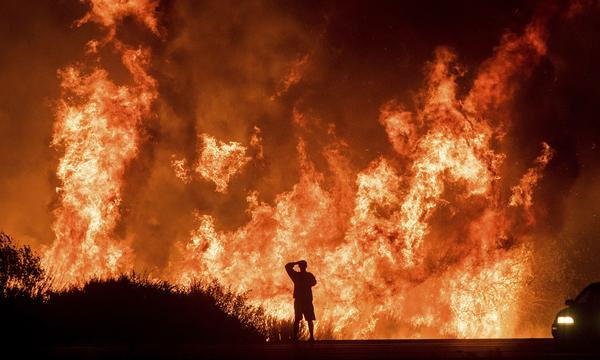 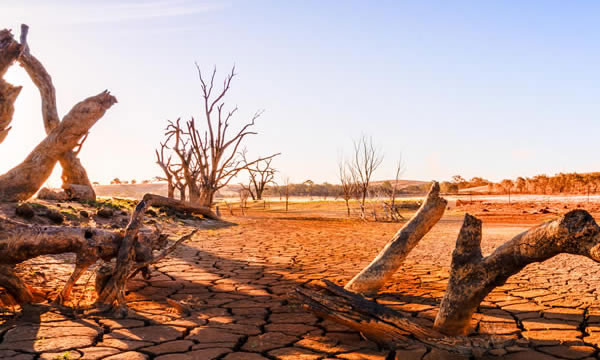 Even when the Sun is down, some places experience severe heat. In Quriyat, Oman, temperatures overnight were recorded at a staggering 42.6C. Downtown Los Angeles also witnessed a new monthly July minimum overnight record of 26.1C on July 1st. 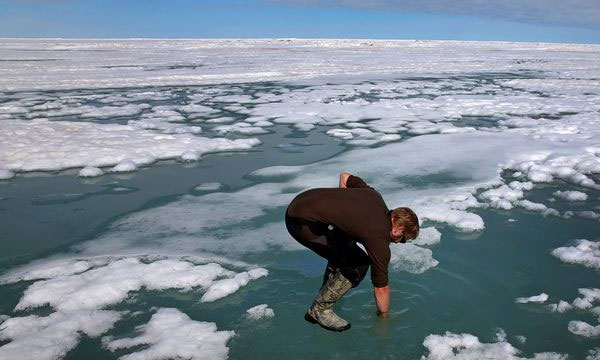 Usually, temperatures are boosted upwards during a cycle known as ‘El Nino’, which happened in 2016. However, last year temperatures hit a high even without the presence of El Nino.

Portions of the Northern Hemisphere have encountered persistent warmth, and have created a ‘Heat Dome’ over most of Eurasia.

Pakistan is no different when it comes to feeling the effects of climate change, as the country just a month back went through a horrific heatwave that left dozens dead. 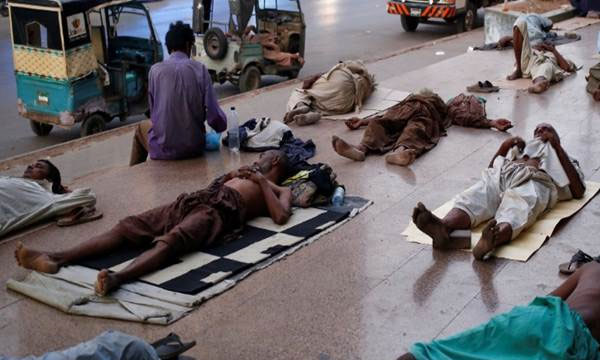 Up to 65 people were reported dead in Karachi, as temperatures touched record heights, at one point touching 44 degrees (Celcius).

Even in 2015, a heatwave left hospitals and morgue overwhelmed, as up to 1200 people were reported dead. 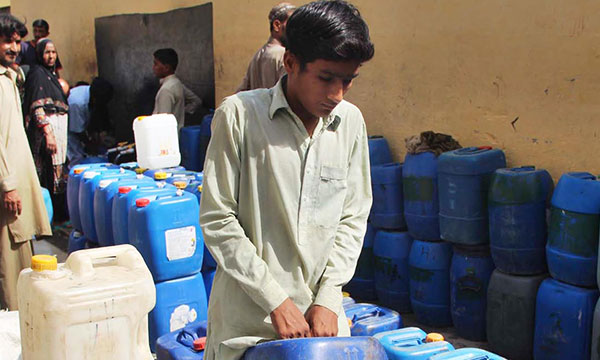 Pakistan is also facing a severe water crisis, the country is expected to run out of fresh water by 2025 as reported by the United Nations Development Program (UNDP) and Pakistan Council of Research in Water Resources (PCRWR).

The UN report also stated that the immediate effects will be lack of availability to the masses and that people living in all parts of the country will experience this shortage in the coming years. 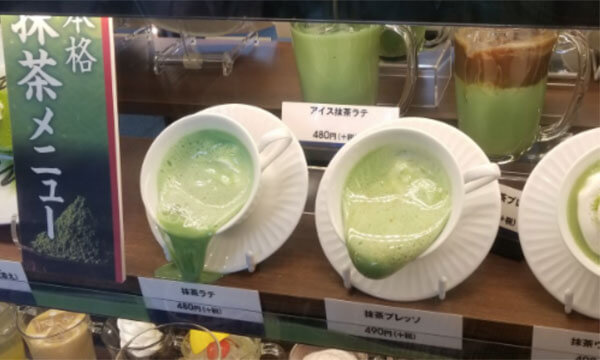 Like many parts of the world, Japan is also heating up and even the fake food items kept in restaurant windows in Nagoya, Japan, are literally melting. What is really surprising is that the temperature inside the glass windows was over 140 degrees.

In the next century, Japan’s temperature is expected to rise 2.5 to 3.5 degrees (Celcius). 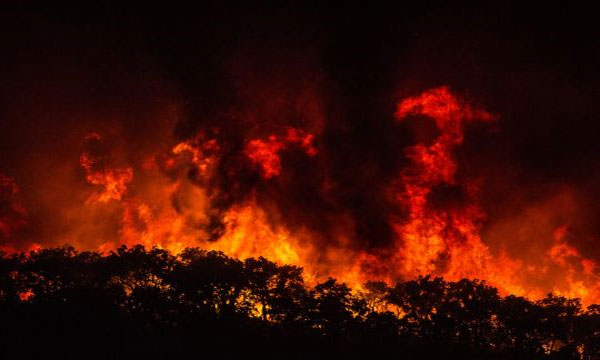 With the dry heat comes the growing threat of wildfires. On August 6th a fire that lasted for almost 4 days, came to an end in Portugal. The fire engulfed large parts of the forest and was finally tamed by firefighters.

The possible cause of the fire are heatwaves caused by a mass of Hot Air from North Africa, that sent temperatures soaring in Spain and Portugal.

Countries such as Sweden are also fighting an uncommon number of wildfires, as the risk continues to grow with temperatures breaking records each day.

The Arctic on the verge of Extinction 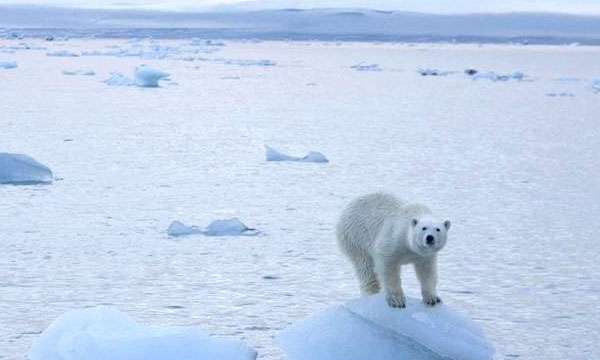 Even the Arctic ice is not safe from the heat, as it is melting at an alarming rate, and is adding to the rise in sea-levels. This could be catastrophic for coastal settlements around the world. 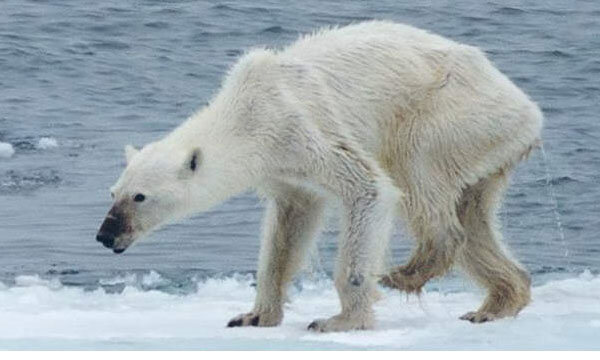 In the past 5 years, the melting has accelerated threefold and is now vanishing faster than at any previously recorded time, as reported by scientists in UK and USA. 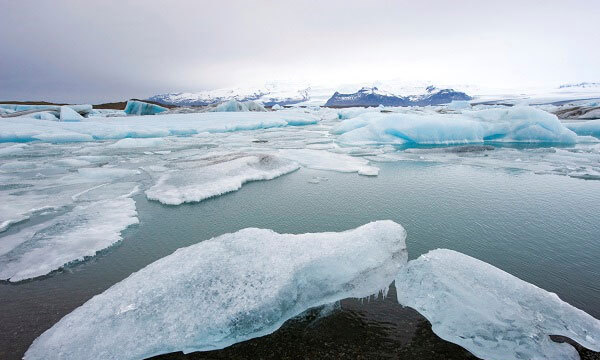 Unless urgent action is taken, the melting ice will keep on contributing rising levels of the sea and is expected that by 2070 it may rise by 25 cm.

Arctic warming is causing changes to sea ice and snow cover, In 2010 Air temperatures in the Arctic were 4 degrees (Celcius) warmer than 1968-1996. The temperatures are rapidly changing and the frozen ground is starting to thaw. 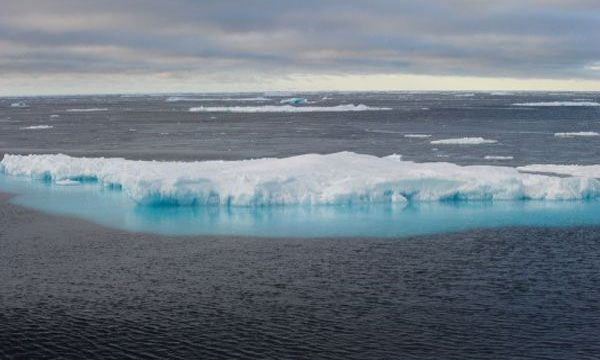 An upward trend in temperatures has been recorded over the past 50 years and annual temperature increase of 2 degrees (Celcius) in the Arctic.

If we don’t act in the next decade or so, the climate around the world will worsen, and soon we will have a global shortage of water, barren desert-like areas and of course rising sea-levels and we will be forced to adapt to living accordingly.