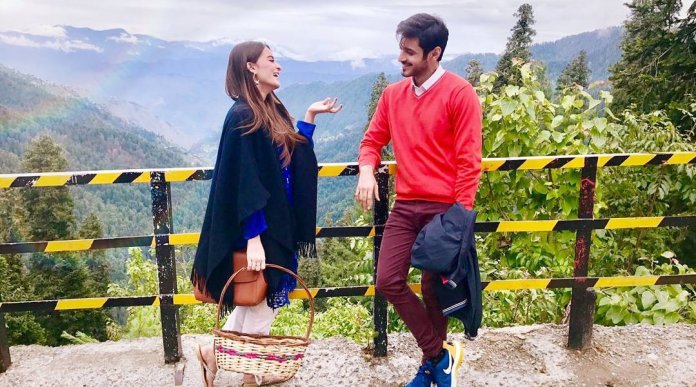 Aiman Khan is on a roll! After she proved her mettle as ‘Biya’ in Man Mayal, the starlet has become the most popular drama actress in town. From Zindaan to Khaali Haath; she has given stellar performances in all of her projects. And now Khan is all set to rock in yet another upcoming serial “Hari Hari Churian”

The promo of the drama has now made its way on social media and it seems to offer a promising story.

Apparently, the plot will unfold a complex tale of love and revenge. The bubbly Aiman Khan is in love with her cousin, played by Wahaj Khan. However, family politics plagues their relationship and Khan ends up marrying Hasan Ahmed.

Door of breath , locked with a righteous smile ! #hariharichurriyan #comingsoon

The twist in the tale comes about when she does not end up with the love of her life and fate makes her life far more miserable when she discovers her husband is an evil man. 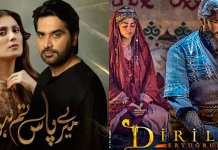