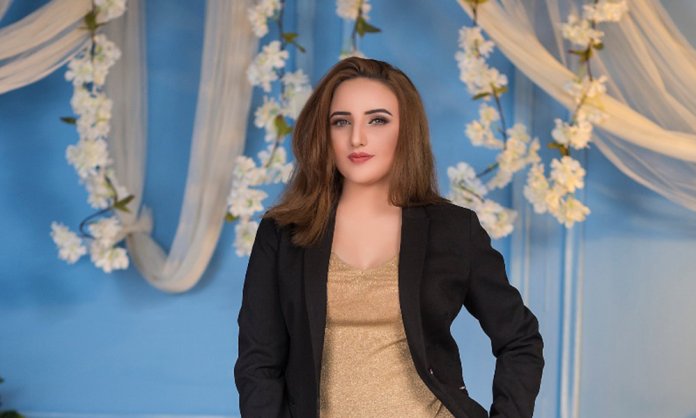 TikTok Star, Hareem Shah is out with her first music video. The music video has both Hareem and her best friend, Sundal Khattak.

Reportedly, Shah recorded a TikTok video in the Foreign Office and all hell broke loose on Twitter. Everyone demanded answers as to how Shah entered the office and managed to pull off such a stunt.

Since then, Shah has been making headlines on social media for all the absurd reasons. Hareem and Sundas, both were deported from Dubai to Pakistan for recording Tik Tok videos with officials in Dubai.

It was also reported earlier that she left Pakistan to move to Canada after sensitive information about her was leaked and was made public putting Shah’s safety in jeopardy.

Produced under the label of Dada Company, Nakhry Baaz features Hareem and her best friend Sundal Khattak dancing to her song alongside Arbax Arry.