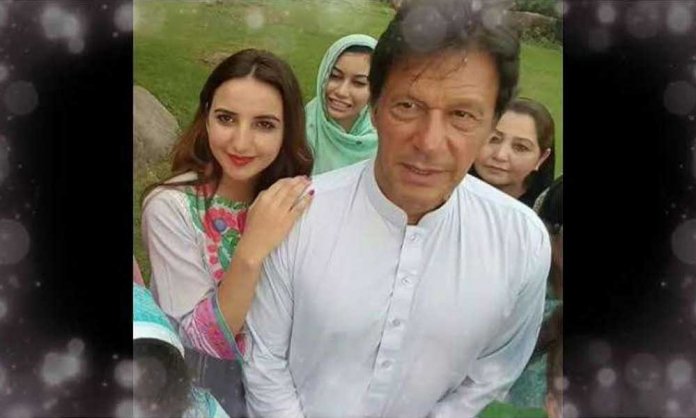 Pakistani TikTok sensation Hareem Shah has been under the spotlight often in the past few days.

Last she took the internet with storm was when she somehow entered the Foreign Ministry and sat on PM Imran Khan’s chair while making her usual videos with music and dance.

The PM took notice of these videos and asked for a report on how the TikTok influencer made her way into the ministry and conference room.

Hareem Shah the tiktoker is in PM Office, how did that happen? pic.twitter.com/OCLFrk1aiL

Later she made more videos and did more tweets to clarify her position by saying that she found someone at the foreign ministry to agree to record her videos, and did not know him personally.

She also didn’t seem to think that her actions were of any such consequence.

"So what?" Hareem Shah says.. pic.twitter.com/j25gToknj3

She hasn’t mentioned any names but it seems like an expose is about to happen and another Pakistani cricketer is about to come under the knife.

Moreover, she’s also being talked about a lot on the web for displaying her air firing skills in a video.

Yesterday I tweeted Hareem Shah&Sundal Khattak have links with International Drug Rackets and here a new video of criminal lady HS hits social media. For which purpose she is learning to fire a gun? Will @faisalranapsp & IG Isb @ICT_Police identify the place pic.twitter.com/JPdFLyerKb

Many are wondering why she’s learning to fire a gun. Are you one of them, too?