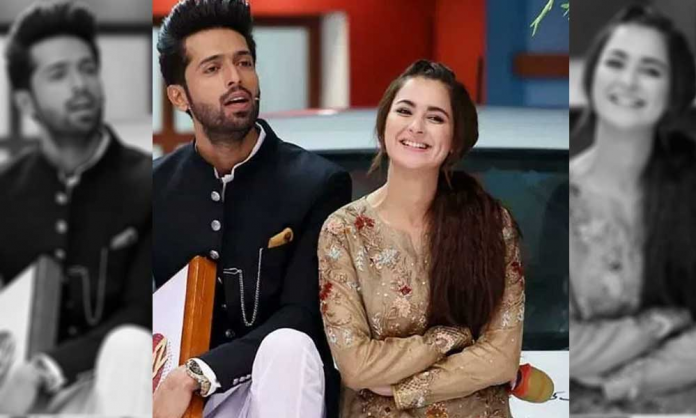 Janaan actress Hania Aamir has pledged to use the very popular app Tiktok on New Year’s and disappoints Fahad Mustafa.

Actor Fahad Mustafa had requested social networking site Twitter followers a few days ago to keep their children away from the app.

On the other hand, the actor had made a TikTok video with Mehwish Hayat around the same time, which got social media talking about his dual actions.

Nonetheless, starlet Hania Aamir decided to do the opposite and get creative with the app!

My new year’s resolution is to use TikTok and disappoint Fahad Mustafa and use TikTok as much as I can and try to be creative with it! -Hania Aamir

A post shared by Entertainment popcorn (@entertainment_popcorn_offical) on Jan 3, 2020 at 6:04am PST

Mustafa also said that this app is not ideal for children. The entire nation is tied up making Tiktok videos and not doing anything productive with their lives.

To All the parents out there plz keep your kids away from this tik tok bullshit its not healthy. Entire nation is busy doing nothing .#DoSomethingProductive

The bubbly starlet already has a series of videos on her TikTok handle, @hanaheheofficial, and about 75,000 followers.

Moreover, Feroze Khan and Hania Amir will be seen as the onscreen couple very soon. This will be the first time the two will work together.

Previously the ace director cast Bilal Abbas Khan in both his hit serials. It will be interesting to see how Badar Mehmood directs young actors Feroze Khan and Hania Amir.

However, the details about the project are being kept under wraps, so much that there’s not even a whiff of which network it will air on. Shooting for the serial has already commenced.

Hania Amir has made her name in the industry in a very short span of time and we’d like to see more of her acing what she does.

Don’t forget to comment below! Stay tuned to Brandsynario for more news and updates.