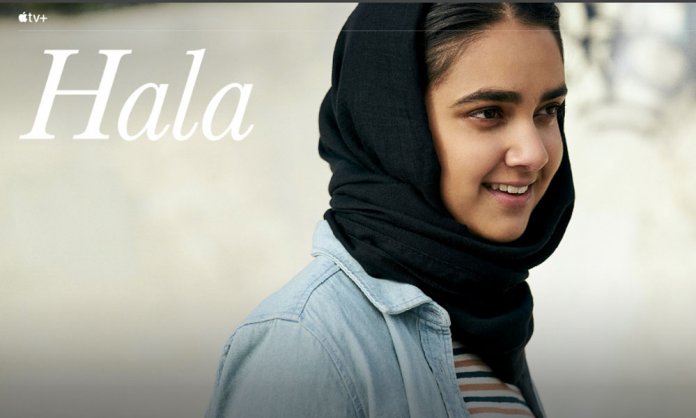 ‘Hala’ is a 2019 American drama-film penned and directed by Minal Baig and produced by Jada Pinkett Smith.

The story is around a 17-year old Pakistani-American teen named Hala (Geraldine Viswanathan) who is trying to cope with her life which is torn between her conservative family and her sexuality and independence.

As she comes into her own, she grapples with a secret that threatens to unravel her family.

The film was screened in the U.S. Dramatic Competition section at the 2019 Sundance Film Festival and received 88% on Rotten Tomatoes and 75% on Metacritic.

Furthermore, Hala will hit theatres on 22nd November, as well as on AppleTV+ on 6th December.

I’m so excited to present the FIRST LOOK at the trailer of @halathemovie out in theaters in select cities on Nov 22nd and on AppleTV+ on Dec 6th! Can’t wait for the world to meet Hala, her family, and see her resonating story!! @appletv @appletvplus @overbrook @westbrook @yoyogeraldine @minhalb @iamgabrielluna @annachlumskyoficial @p21jo @radioazad

Contributing to the realistic but highly charged emotional atmosphere are equally strong performances from a supporting cast that includes Gabriel Luna as her sensitive high school English teacher and Purbi Joshi and Azad Khan as her parents, writes Ken Jacobson.