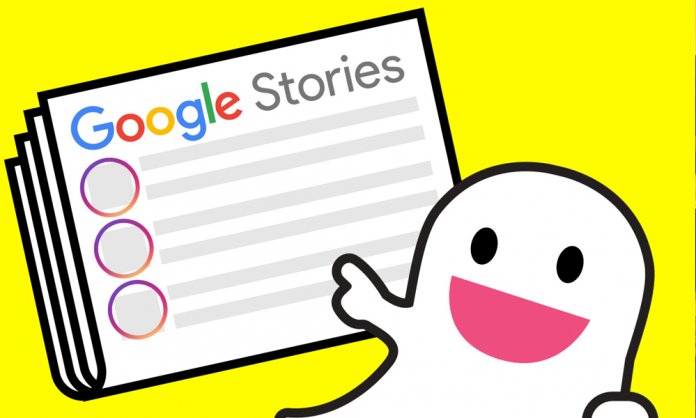 Google launched its own “stories” format Tuesday to compete with Snapchat and Instagram with image-driven news articles aimed at mobile phone and tablet users.

Content for its “AMP stories” initially comes from outlets like CNN, The Washington Post, Conde Nast, Wired and US People magazine, and is designed to load much faster on mobile devices than conventional articles and videos.

“On mobile devices, users browse lots of articles, but engage with few in-depth,” said Rudy Galfi, who is heading the drive at Google.

“Images, videos and graphics help get readers’ attention as quickly as possible and keep them engaged through immersive and easily consumable visual information,” he added.

“AMP stories” articles fill the screen and are image and video led. Users can tap on the home screen to read further or simply swipe to the next article.

Google claims the format, which it is opening up to software developers, gives “novel ways to tell immersive stories” without the “prohibitively high start-up costs, particularly for small publishers”.

It was developed with major US media outlets and can also be read on a computer, although its promoters said the immersive effect is better on mobiles.

“AMP stories aim to make the production of stories as easy as possible from a technical perspective,” Google said.

“The mobile web is great for distributing and sharing content, but mastering performance can be tricky,” it added.

But AMP Stories give “gives great editorial freedom to content creators,” it claimed.

Google said it eventually plans to bring “AMP stories to more products across Google, and expand the ways they appear in Google Search.”