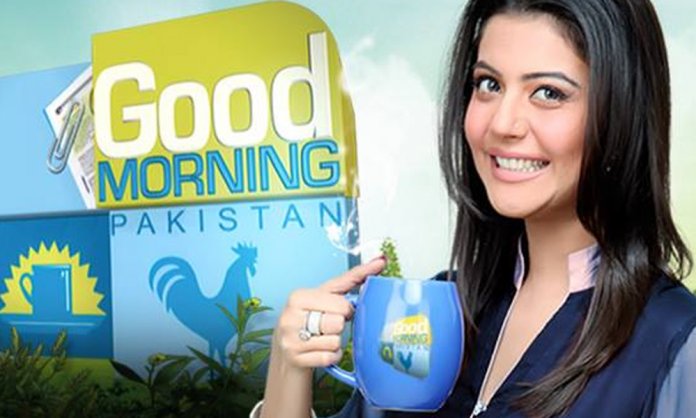 The Pakistan Electronic Media Regulatory Authority (PEMRA) is back in action!

The watchdog has its eyes clearly on every media house. Yesterday, a roll of warning notices was issued by the authority against various channels on its Twitter account.

As many as  17 Satellite TV Channels have been issued show cause notices on airing false and fake news, reports Pakistan Today.

Apparently, the popular host of the channel Nida Yasir has come under fire for not delivering salutations on the Holy Prophet (PBUH) with respect.

“It has been observed that during the Morning Show titled “Good Morning Pakistan” aired on “ARY Digital” on 13.04.2018, programme host Ms. Nida Yasir while pronouncing the name of the Holy Prophet “Muhammad” uttered salutations/ Drood casually”

Consequently, PEMRA has advised the channel and the host to be “be mindful of the religious sensitivities and practiced norms in true spirit to that no wrong message is disseminated among the viewers.”