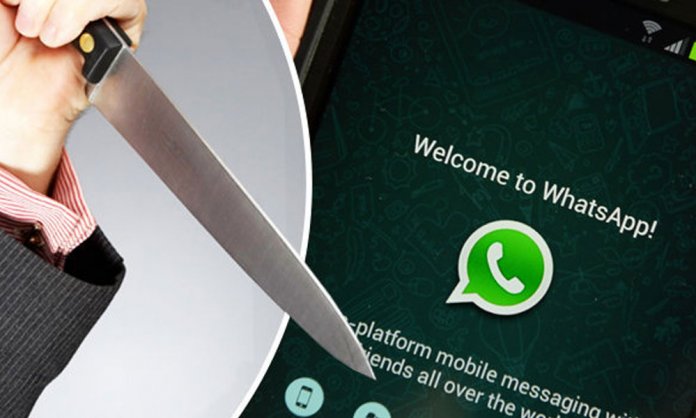 WhatsApp could face legal action in India if it does not take further steps to tackle the spread of false rumours, the government said Thursday, in fresh criticism of the platform over a spate of lynchings.

More than 20 people have been killed by mobs in the past two months across the country after being accused of child kidnapping and other crimes in viral messages circulated on WhatsApp.

Under pressure from authorities to end the spread of “fake news”, the hugely popular smartphone service has introduced new features to help users identify messages that have been forwarded.

But in a strongly worded statement released Thursday, India’s information technology ministry said the action taken was not enough.

“Rampant circulation of irresponsible messages in large volumes on their platform have not been addressed adequately by WhatsApp,” it said.

“When rumours and fake news get propagated by mischief-mongers, the medium used for such propagation cannot evade responsibility and accountability.

“If (WhatsApp) remain, mute spectators, they are liable to be treated as abettors and thereafter face consequent legal action.”

WhatsApp has also bought full-page adverts in Indian newspapers with tips on how to spot misinformation.

But the platform has refused to snoop on user content to help authorities crack down on the issue, citing privacy protection.

In its statement, the ministry called on WhatsApp to enable the “traceability” of provocative or inflammatory messages when an official request is made.

India’s Supreme Court earlier this week asked the government to enact a new law to stem what it called “horrendous acts” of lynching and punish offenders.

Lynchings based on misjudgement or malicious information are not a new phenomenon in India. But the spread of smartphones and internet access in the country’s poorest and most isolated areas has exacerbated the problem.

An engineer was killed in a mob attack last week in the southern state of Karnataka, while five people were lynched in neighbouring Maharashtra on July 1.

The government had taken WhatsApp to task earlier this month for the “irresponsible and explosive messages” being shared among its 200 million Indian users — the company’s largest market.

In response to that criticism, WhatsApp said it was “horrified” by the violence and announced changes that it said would reduce the spread of unwanted messages.