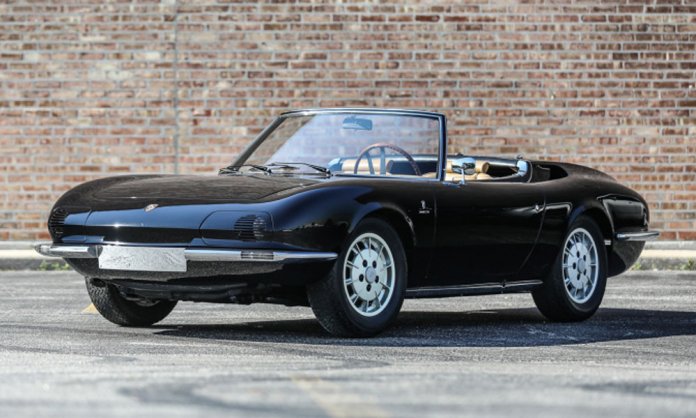 The place to be this month for lovers of classic cars is Pebble Beach for Monterey Car Week. Porsche fans with the requisite funds have the chance to buy four incredible rare Spyder models to be auctioned off by Gooding and Company at its 15th Annual Pebble Beach Auction.

The four models being put up for sale cover 52 years of Porsche production. One is a race car that has never been offered for sale to the public before. It’s a relatively new car, but a model any Porsche collector would like to get their hands on.

The model in question is a 2007 Porsche RS Spyder LMP2 prototype race car that was entered in a number of endurance events in the early years of its life. The RS Spyders won consecutive IMSA LMP Championships, an overall win at Sebring, and class wins at Le Mans. The V-8 engine that powered it was used as part of the hybrid powertrain in the incredible Porsche 918 Spyder.

This particular example with chassis 9R6.706 was originally sold to CET Solaroli Motorsports in Florida. Not surprisingly, Gooding and Company isn’t offering any official estimates of what it’s expected to sell for.

A much older model, and the oldest of these four Porsches, is the 1955 550 Spyder with chassis number 550-0053 originally sold to a private racer in California. The current owner has had the car for 20 years, during which time it’s largely been out of the public eye. It’s estimated to bring between $4million and $5million when it goes across the block.

Probably costing a little less at an estimate of between $3.6million and $4.1million, the third of the quartet is a 1959 718 RSK Spyder that is one of just 34 ever built. As well as the 1959 24 Hours of Les Mans, this car’s pedigree also includes completing the Pikes Peak International Hill Climb and several SCCA events early in the 1960s.

If the previous three are a little out of your price range, the last of the four is probably the most affordable option. It’s a one-off 1966 911 Spyder created by Bertone as a possible forerunner of a full production convertible 911. Porsche displayed this one at the 1966 Geneva Motor Show, but instead went with the 911 Targa. It’s still not a cheap car by any means —  it’s expected to go for between $700,000 and $1million.