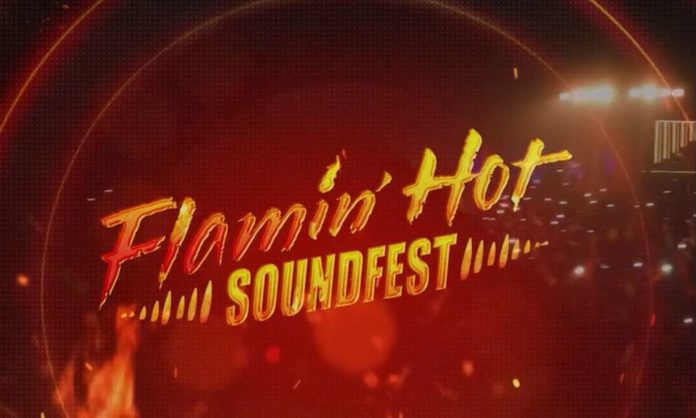 Lays Pakistan revived concerts in the city with the FLAMIN’ HOT SOUNDFEST. As all of Lahore vibed beat after beat. The showdown between the biggest three snacks happened in Oasis where they battled to bag the title of hottest chip in town.

Lay’s Wavy recently launched its Flamin’ Hot new flavor and along with the drop claimed to be ‘HAR CHIP SAY ZYADA HOT’, a spicy battle, and Kurkure and Cheetos weren’t going to back away. The three bands battled it out on the Flamin’ Hot stage and let the audience decide who the winner was. The Flaming Hot War took to social media across all platforms, with ambassadors gathering their people and supporting their favorite snack out of the three. The final showdown was a head-turner, fresh indie artists making the crowd go crazy one banger at a time.

The HOTTEST indie artist lineup and fans rallying for each flavor, with an audience of 1500+ that kept adding fire to fuel with their contagious energy and enthusiasm. The sound complimented by the hottest stage kept the celebs and young influencers who were a part of this epic battle energy boosted!

As the opening act, Taha G kicked off the musical showdown with intense energy to get the crowd moving and ready for the night ahead. Maanu carried the buzz forward, giving a lively performance that had his fans from #TeamCheetos chanting his name through every lyric. With the crowd’s phone flashlights waving in the air, his performance of “Melancholic” painted the most picturesque image as the concert roared to life.

The thundering cheers of hundreds of fans kept growing when Hasan Raheem graced the stage for #TeamWavy. Lighting the stage ablaze, he engaged the crowd with fan-favorites ranging from “Aisay Kaisay” to “Joona”; song choices that had the crowd jumping and grooving.

Pakistan’s talented heartthrob, Shamoon Ismail, perfected his set with an energy that had everyone rocking out! As the face for #TeamKurkure, Shamoon sang with a vibrant passion, delivering a show that was flamin’ hot. He even surprised everyone with a fun duet featuring Youtuber, Mooroo, and the crowd ate up every moment.

All hyped up by this series of performances, the crowd was wild with energy when Umair Jaswal closed the show as our Grand Finale. With a firework display to match his explosive act, the crowd cheered, danced, and sang their hearts out.

Not only were the beats and artists at their hottest but the flamin’ hot merch and food stalls kept the good vibes burning the entire fest! Soundfest go-ers munched on festival snacks that left them coming back for more throughout the night. The Mastani food stall mastered chaats using Kurkure Toofaani Mirch, giving an extraordinary kick to these local specialties. Melt transformed an assortment of classic festival foods with the use of Cheetos to give their creations an extra crunch of flavor. Renowned chef, Muneeze Khalid, also had mouths watering by adding Lays Wavy to delicious sliders and cheeseballs. It’s safe to say each vendor understood the assignment when it came to the HOT selection of foods they served the crowd.

Check out what went down at Lays Flamin’ Hot Soundfest by watching the highlights below: