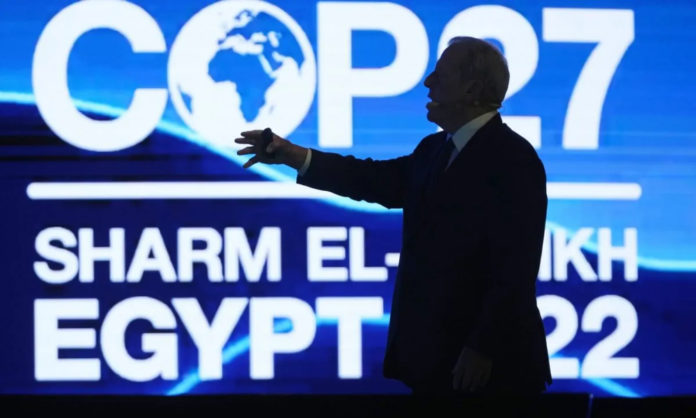 The biggest win on climate since Paris

A new financing arrangement on loss and damage has been hailed as a “historic event” since it creates a pooled fund for the nations most impacted by climate change. It can be considered the greatest significant advancement in climate change since the COP 2015 Paris Agreement.

For many years, the ghosts that the wealthier world could not see were the victims of a changing environment.

There has always been funding available to reduce carbon emissions or aid nations in adapting to climate change, but there was nothing for people who had lost everything.

“For someone who has seen their home disappear in the floods in Pakistan, a solar panel or a sea wall isn’t much use,” explained Harjeet Singh from the Climate Action Network.

There are a lot of unknowns with the money. What conditions must be met before a payment occurs? Will there be enough money and where will it come from?

Creating the loss and damage fund is more about developing trust and fostering unity than it is about providing money, compensation, or restitution.

This fund shows that no one will be left behind despite the tremendous effects that global warming will have.

It serves as a tangible illustration of how interconnected we all are.

The last hours of the negotiations are seen by many nations as a significant setback in the battle against global warming.

Although the loss and damage text were a significant victory, many people believe that the overall cover choice was a squandered opportunity in the battle against climate change.

In addition to all these restrictions, the vocabulary used in relation to fossil fuels was abruptly changed.

There is now a mention of “low emission and renewable energy” in the text.

Given that gas emits fewer emissions than coal, this is thought to be a significant loophole that could enable the development of additional gas resources.

Over the course of the next five years, there is a 50% possibility that we will pass this significant threshold for temperature rises relative to pre-industrial times. By 2031, we’ll probably have permanently surpassed it.

But at COP27, the EU and other rich nations were prepared to sacrifice everything to keep the 1.5C commitment alive.

Their efforts were ultimately in vain since the cover language omitted a mention of the phase-out of all fossil fuels, which was considered as an essential improvement on the decision to phase-down the usage of coal last year.

The richer countries feel a strong feeling of solidarity with the island governments on the topic of keeping global warming below 1.5 degrees Celsius.

Between the US, EU, and other wealthy nations and China, which is notably less concerned with the objective, belief in the threshold has also emerged as a crucial point of differentiation.

Though adhering to the ideal will surely make the globe a better place, it also serves as a political and economic link to emerging countries.

Considering this, anticipate the diplomatic ties to deepen over the next several years, even while the science and COP process struggle with 1.5C.

The existence and influence of fossil fuels, whether they are nations or delegates, was one of the main lessons from COP27.

There were plenty of attendees from the oil and gas sector. 636 people made up the trade teams and national delegations.

At times, the crowded tents were a reminder of a trade show for fossil fuels. The final wording obviously exhibited this effect.

Despite the support of the EU and several other wealthy and poor nations, demands from India and others that all fossil fuels be phased out failed.

Luiz Ignacio Lula Da Silva, the incoming president of Brazil, was without a doubt the COP’s favorite.

Lula energized the meeting with his pledge to end deforestation entirely by 2030, just as he had done in Copenhagen in 2009.

More than his dedication to the Amazon, Lula revived public confidence in the ability of the voting booth to address the climate crisis.

President Biden did the same in his unassuming manner. His Inflation Reduction Act is likely to remain in place thanks to the Democrats’ ability to hold onto the Senate.

The acts of the host nation also served as evidence that democracy can be a powerful tool in the fight against climate change.

The meeting was held in an environment that might only be described as barely contained intolerance, with security and monitoring everywhere.

In addition to the current issues with human rights, the Egyptian hosts gave little thought to the conference’s essential practical requirements, such food, drink, and reliable wifi.

When it mattered most, the presidency’s negotiators showed a definite lack of compassion. In the decisive battle, this was extremely important.

COP27 has the potential to make significant strides against climate change. That it ultimately didn’t hit that mark is at least partly down to the hosts.