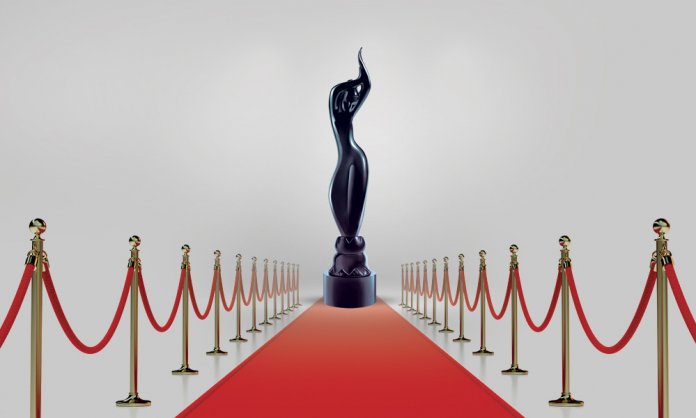 It looks like there’s no stopping for the Baaghi actress, Saba Qamar!

From being critically acclaimed for her performance in the late Qandeel Baloch’s biopic to bagging a nomination in the best actress category in Lux Style Awards, Saba is on a roll.

Now, she has hit another milestone by making it to the Filmfare Nominations for her role in Hindi Medium! Yes, you read that right!

It wouldn’t be wrong to say that Saba is finally receiving the praise and nominations that she always deserved.

Special day, special person and special celebration. May all your dreams and desires come true in this coming year. Happy birthday. @irrfan

Playing the mother of a child is not an easy task for actresses making their debut in Bollywood but Saba managed to ace that and that too alongside Irrfan Khan.

Very Filmi approached Saba regarding her Filmfare nomination. Here’s what she had to say:

I am glad that people in both India and Pakistan loved the film and praised my acting. It was fun working with Irrfan Khan who is a fabulous co-star. Sharing the nominations with Sridevi and Vidya Balan is like a dream come true!

Saba has been nominated alongside Sridevi, Vidya Balan, Alia Bhatt, Bhumi Pednekar and and Zaira Wasim.

Thankyou Masala for honouring me with this award. You made my day. I would like to thank all my fans from around the globe for all the love and appreciation they have given me. Thank you! ❤️ Thank you @shehlachatoorprivate for the lovely outfit 😍 #sabaqamar #masalaawards2017 @masalauae #bestactress #hindimedium #baaghi #dubai

Mahira Khan (Raees), Sajal Aly (Mom) and Adnan Siddiqui (Mom) were also praised for their roles in their Bollywood debut movies, but unfortunaltely they couldn’t make it to the nominations!

This is indeed a very achievement Saba and we cant be more proud of her.