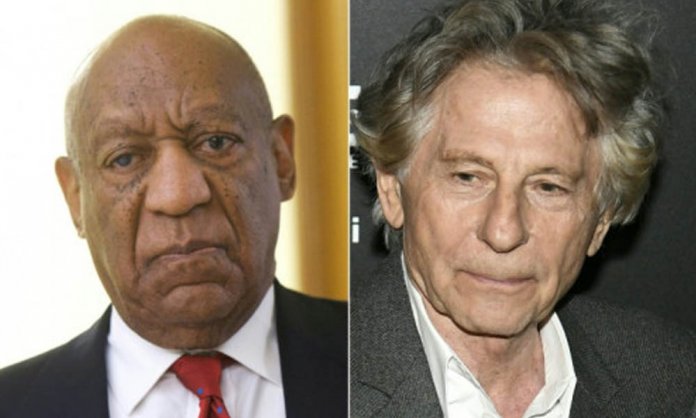 The Academy of Motion Picture Arts and Sciences said on Thursday that it has expelled actor Bill Cosby and film director Roman Polanski from its membership in light of the sexual assault cases against both men.

The Academy’s board of governors met on Tuesday night and voted to strip both men of membership “in accordance with the organization’s Standards of Conduct,” said a statement from the body which hands out the Oscars.

“The Board continues to encourage ethical standards that require members to uphold the Academy’s values of respect for human dignity,” it added.

Cosby, once the darling of American television, has been accused of sexual assault by dozens of women.

A 12-member Pennsylvania jury found the 80-year-old comedian guilty on three counts of sexual assault on April 26 for drugging and molesting Andrea Constand at his Philadelphia mansion in January 2004. He faces up to 30 years in prison at his sentencing later this year.

Polanski, who lives in France, for his part is wanted in the United States for the statutory rape of a 13-year-old girl in 1977.

The veteran 84-year-old director of “Rosemary’s Baby” for years has been seeking to negotiate a deal in the case with US authorities.

Polanski’s victim Samantha Geimer, who has sought to end the 41-year-old case against the fugitive director, on Thursday dismissed the Academy’s decision to expel him as “an ugly and cruel action which serves only appearance.”

“It does nothing to change the sexist culture in Hollywood today and simply proves that they will eat their own to survive,” she said in a statement. “I say to Roman, good riddance to bad rubbish, the Academy has no true honor, it’s all just PR.”

The body’s 54-member board of governors includes some of the biggest names in the industry, among them Steven Spielberg, Tom Hanks and Whoopi Goldberg.

The Academy in December adopted a code of conduct for its 6,000-plus members after dozens of women came forward to accuse Weinstein of sexual assault.

Its own president was investigated earlier this year and cleared of any wrongdoing after a sexual harassment complaint was filed against him.

Apart from Weinstein, Cosby and Polanski, only one other Academy member has been booted from the group in its 91-year history. “Godfather” actor Carmine Caridi was thrown out in 2004 after he shared screeners that were later pirated.

The latest expulsions come as the movie industry reels from the assault allegations against Weinstein which prompted an international uproar and encouraged legions of women to share their own experience of sexual harassment or rape under the hashtag #MeToo.