August 7, 2020 — Today, Google launched a new Safe Folder feature in its Files app that now has over 150 million users worldwide and cleaned more than 1 trillion files since launching in December 2017. This feature will be initially available to more than 2 million users, with the rollout gradually expanding to all of the Files’ users over the next few weeks.

Safe Folder is a secure 4-digit PIN-encrypted folder that helps people easily store essential documents, images, videos, and audio files, keeping their files safe from being opened or accessed by others. The Folder won’t allow users to take screenshots or screen recordings of its contents. It’s also locked as soon as users switch away from the app, so none of its contents can be accessed when the app is in the background and will ask for their PIN again on reentry.

Files were initially created for people with low phone storage, many of whom live in countries like Pakistan, India, Nigeria, and Brazil. The Safe Folder feature has been built as people in these countries also frequently share their devices with friends and family members. “The practice of device sharing is universal in places where access to smartphones is more limited, often strengthened by cultural norms around sharing of resources,” said Joris van Mens, Product Manager at Google. “While privacy looks different for each person, this feature is one way we’re providing greater controls for people to manage their content, even when sharing devices.” 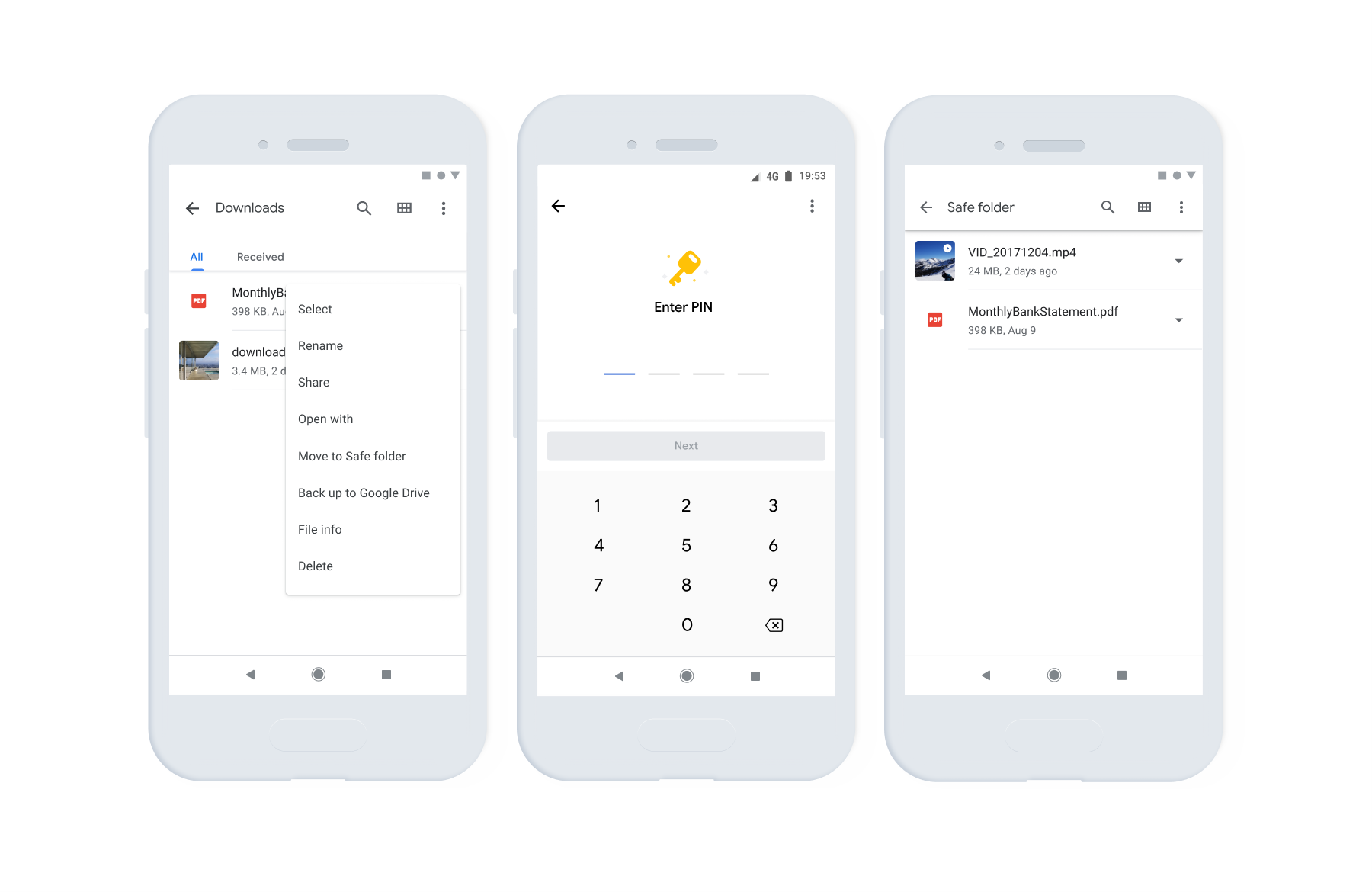 Files continue to help people free up space, manage content, and share data. Since its launch, the app has helped its users:

Files are available on the Google Play Store in 80 languages for all phones running Android 5.0 (Lollipop) and higher. At the same time, the Safe Folder feature will be available for Android 8.0 (Oreo) and above. For more information, visit files.google.com.