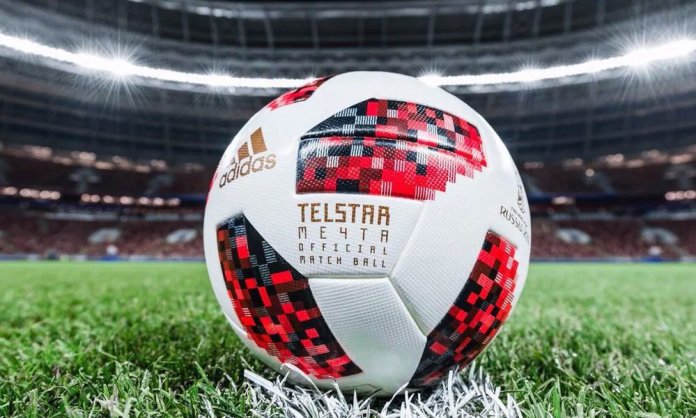 After 15 days of triumphs, tears and controversy, the World Cup’s group stage drew to a close on Thursday.

Here, AFP Sport ranks the 16 teams to have made it through based on their performances in Russia so far.

Three wins out of three, including a thumping of Argentina, sends Croatia through top of arguably the toughest group in the draw. Fears the corruption scandal would affect the players have not materialized while Nikola Kalinic’s hint of rebellion was swiftly dealt with. Luka Modric has been arguably the player of the tournament so far.

Wins over Panama and Tunisia were backed up by a victory over England and even if the latter match was played between two second-string line-ups, Belgium have hardly put a foot wrong. Romelu Lukaku and Eden Hazard are both firing and, after being rested against England, fresh. This team can go far.

Also through with maximum points, Uruguay’s advance through a kind Group A has gone rather unnoticed. Led by the imperious Diego Godin, they are yet to concede a goal in Russia and at the other end, Luis Suarez and Edinson Cavani are up and running. They have three goals between them.

Neymar’s histrionics have proven tedious but the striker is getting sharper with every game. As he has regained fitness, Philippe Coutinho and Paulinho have filled the void while the depth of attacking options came up trumps against Costa Rica. Marcelo’s back injury is a concern.

A young squad arrived with low expectations but a late win over Tunisia was followed by a storming 6-1 victory over Panama. Defeat to Belgium can be put down to a heavily rotated side and with Harry Kane leading the race for the Golden Boot, England are growing in confidence.

Few would have expected Sweden to progress at all let alone finish top of Group F. Only Toni Kroos’ 95th-minute winner spoiled an unbeaten record and Sweden responded with an emphatic win over Mexico. What Sweden has lost in Zlatan Ibrahimovic, they appear to have gained in discipline and spirit.

They certainly would have taken this position when Julen Lopetegui was sacked two days before the start of the tournament but Spain has been a mixed bag. In spells, they were excellent against Portugal but defensive errors and the worrying form of David de Gea are both big asterisks. There is room for improvement.

On the one hand, Ronaldo has four goals already and as Portugal proved two years ago, he can take a team a long way, particularly with a sound defense behind him. But when Ronaldo missed a penalty against Iran, they drew 1-1. If their star man has an off-day, what else have Portugal got?

Had Carlos Sanchez not been sent off in the third minute of their opening defeat to Japan, Colombia might be among those considered dark horses in the knockout stage. James Rodriguez was superb against Poland but then forced off injured against Senegal. His absence would be a huge blow.

A convincing defeat to Sweden has tempered expectations slightly but Mexico showed enough in their opening two games to suggest they can be a real threat. They beat Germany 1-0 but should have scored four or five while Hirving Lozano on the left has been one of the players of the tournament so far.

They remain unbeaten but, save Germany, there is no team to have disappointed more. Tactical upheaval and painfully ponderous performances suggest Didier Deschamps is still working out how to make the most of his talented squad. Is Nabil Fekir the answer? Out wide or up front? France has more questions than answers.

A blistering start, a strong middle and a discouraging end. After thrilling wins over Saudi Arabia and Egypt, Russia was dealt something of a reality check by Uruguay. But the hosts have proven their doubters wrong and shown they will be no pushovers, particularly in Moscow, where they play Spain next.

Controversy and the threat of suspensions could have diverted focus but Granit Xhaka and Xherdan Shaqiri escaped punishment for their politically charged celebrations against Serbia, and their goals carried Switzerland through. They did just enough but, in truth, not much more.

Denmark held France to a goalless draw and Christian Eriksen is continuing to show himself as one of the finest playmakers in the world. Those are the positives. But there was also a turgid draw against Australia and a win over Peru that might well have been different had their opponents scored a penalty.

Japan took four points and their only win came against Colombia, who played with 10 men for 87 minutes. They then scraped through ahead of Senegal on fair play points. Perhaps it would be harsh to say Japan were lucky but a shaky defence can only last so long against better opponents.

Four minutes away from going out and seemingly saddled with a coach without authority, Argentina’s progress could hardly have been bumpier. They ran out of ideas against Iceland, were outplayed by Croatia and survived only thanks to a last-gasp win over Nigeria. They are through though, and they still have Lionel Messi.